In Scripted Video, Atheist Dentist Challenges Christian Patient. She Very Nearly Converts Him In Under a Minute January 29, 2014 Terry Firma

In Scripted Video, Atheist Dentist Challenges Christian Patient. She Very Nearly Converts Him In Under a Minute 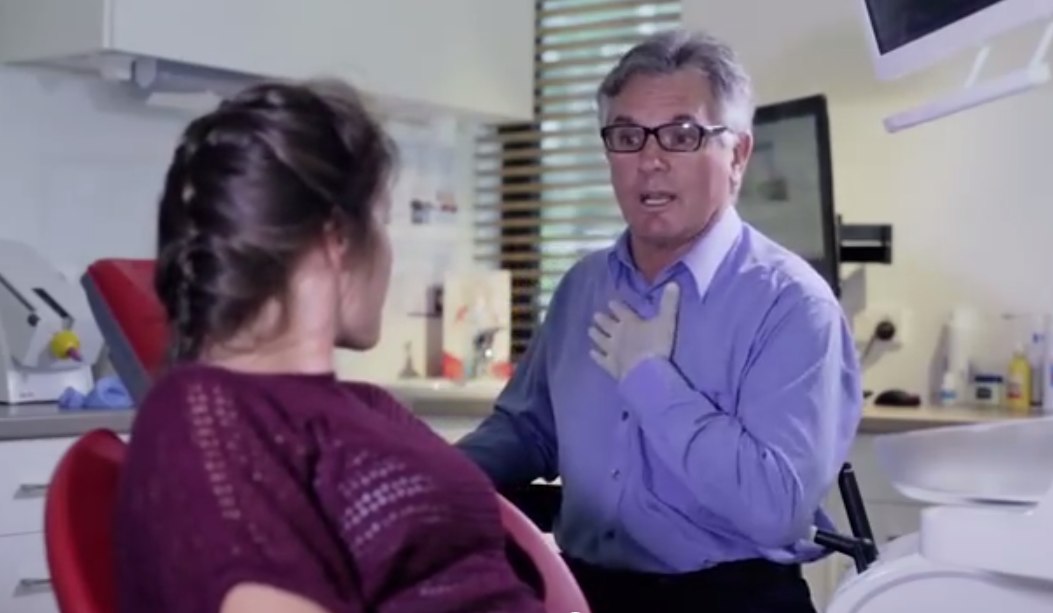 Patient: “Yes. Thank God for that.”
Dentist (incredulous): “God?”
Patient: “What do you mean?”
Dentist: “Who in this day and age still believes in God?”
Patient: “Well, I do. Why’s that?”
Dentist: “Well, you obviously missed all the wars, the devastation, the poverty, everything that goes wrong with this world.”
Patient: “Well, I don’t believe in dentists. If there are dentists in the world, why do so many people have broken, infected, and missing teeth?”
Dentist: “I can’t help people that don’t come to me to have their teeth fixed.”
Patient: “Exactly! Same way with God. It’s a bit rich for us to expect God to help people who won’t come to Him and instead insist on doing things their own way.”
Dentist (wavering): “And how am I meant to come to God?”
Patient: “Just — talk to him. He’s listening.”

And that patient’s name — Albert Einstein.

I kid, I kid. But the video, distributed by an Australian evangelical organization, is real; and the setup — a patronizing atheist in a position of dominance is outwitted by a young Christian who appears to employ, of all things, logic — is all too familiar.

Like the dentist, I have some questions. Mine are for the makers of that video, and for the Christians who love it.

Enough. This video has, as they say, no teeth.