Why is Facebook Censoring Pages Created by Romanian Atheists?

A few days ago, several Facebook groups for Romanian atheists and agnostics, including two that were parody pages about God and Jesus Christ, were shut down without warning to any of their administrators. Some of them are simply inaccessible to Romanians while available in other countries — it’s unclear whether that’s Facebook’s doing or that of Romanian Internet service providers. Combined, these pages had upwards of 100,000 Likes/followers. 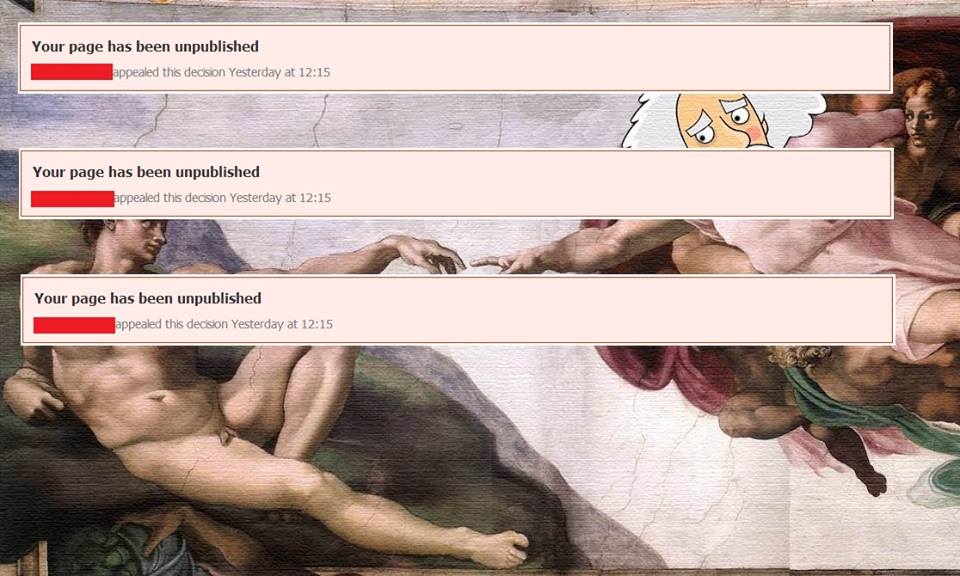 There’s reason to believe the censorship stems from Patriarch Daniel, the leader of the Romanian Orthodox Church, who may have been upset about this image posted to the “God” parody page (***Update*** 1/29/14: I’m told that this is likely not the reason for the censorship): 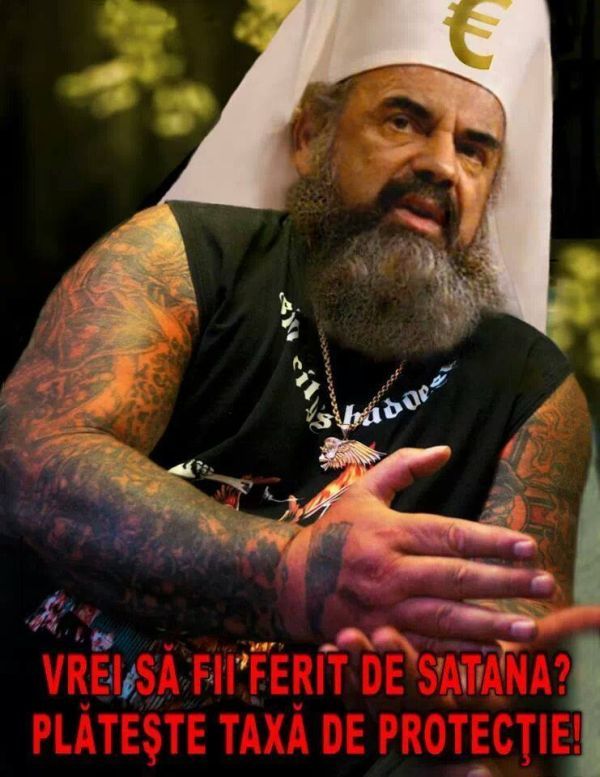 That roughly translates to: Want to be protected from Satan? Then pay up.

In addition to trying to plead their case to Facebook — good luck with that — some Romanian atheists have written the following open letter to the company, hoping that it might get more eyeballs. I’m honored to publish that letter here (emphases mine):

We, the undersigned, are writing to express our dismay and to request explanations for the recent wave of attacks against Romanian atheist Facebook pages and groups.

In the last few days, two of the main pages administered by the Romanian atheist community have been closed for allegedly posting content not complying to the Facebook guidelines and for “harassment”. The main Facebook group used by the Romanian atheist community has also been shut down, as well as some personal accounts of people involved in the community.

While we understand that community guidelines are important on a communication platform such as Facebook, we fail to see how these latest decisions follow regular procedures as they all seem to be part of the same purposeful campaign to silence the atheist voice in the Romanian online media. We should also point out that several similar pages and groups exist and that on many occasions the content provided on the Romanian pages has been inspired, translated or adapted from those pages that still seem to be doing well.

We have always considered that Facebook guarantees our freedom of speech and that personal sensibilities, even religious in nature, are not enough to completely shut down the means of expression for a whole community. The atheist community has never posted racist materials, has never sent spam, has never promoted any kind of hate speech against any religious people and has always attempted to only ridicule ideas and not attack the people that were promoting those ideas.

It is clear that some religious groups might not want their propaganda to be criticized in any way. We have even seen communications in religious groups that referred to a concerted action of reports against atheist pages and groups and plans to widen the reports to other pages that disagree with their beliefs.

This is not the outcome of just a number of individuals feeling they are “harassed” or “discriminated” against, but the intentional and organized action of a group that feels they can and should dictate what the public discourse should be like.

We also understand that their numbers might be vastly larger than ours. But this should not be a factor in any decision to shut down pages or groups, as minorities of any kind also have a right to express themselves and not be silenced by the majority.

All things considered, we feel Facebook was wrong on allowing this to happen without giving detailed explanations or any specific instructions on how we could remedy the situation.

We are saddened by this turn of events and hope the international community will take a stand with us for our right to express ourselves which should indeed include the right to poke fun at any ideas, including religious beliefs.

You can report the unavailable groups here, but if any of you know how to resolve this situation, please let us know in the comments!

***Update***: I’m told the administrator of the God page made it unavailable himself “so that people wouldn’t get arrested or hurt for sharing their content.”

Also, here’s a screenshot from a Christian group’s site explaining how to take down one of the groups in question: 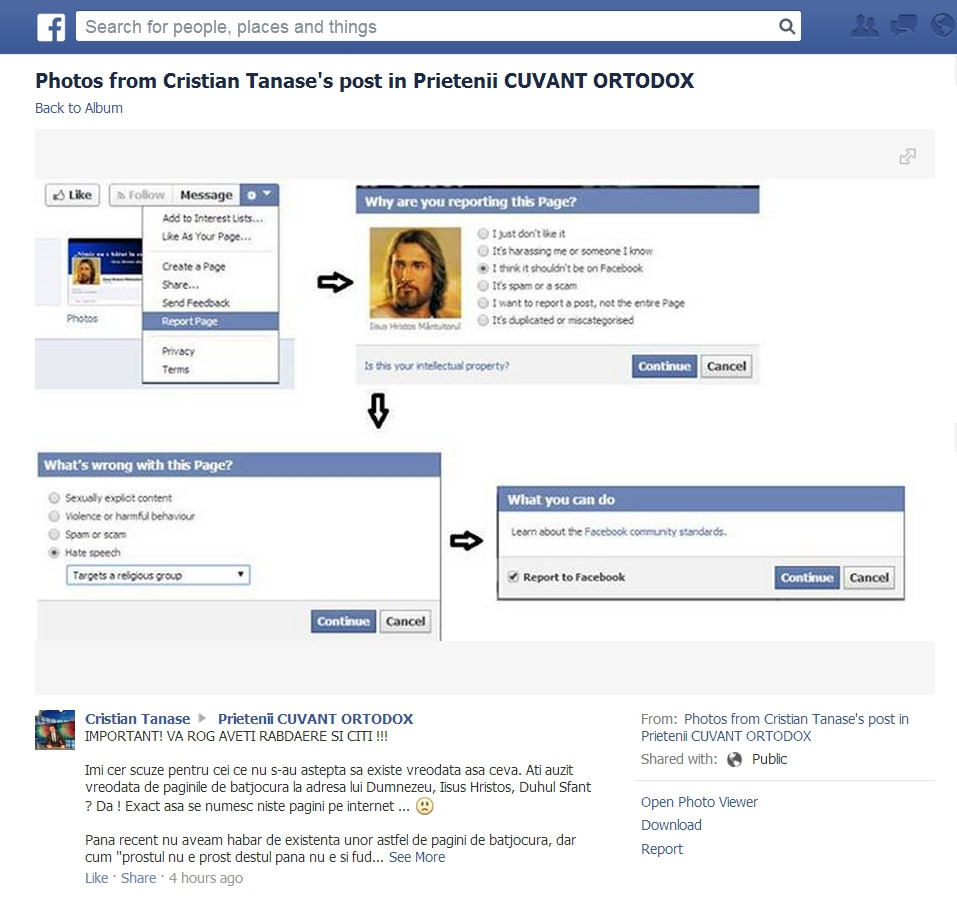 January 28, 2014
Cardinal's Attack on Love and Marriage Castigates Couples Who Do Not Procreate
Next Post