The Connection Between Christian Missionaries and Anti-Gay Legislation in Africa January 28, 2014 Hemant Mehta

The Connection Between Christian Missionaries and Anti-Gay Legislation in Africa 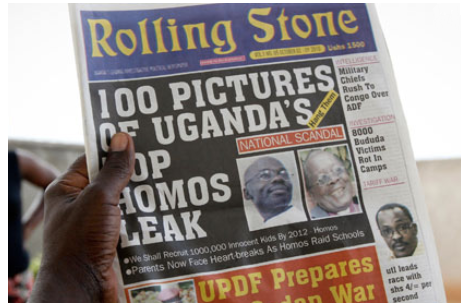 Western Christians cannot ignore the homophobia of these church officials or the peril in which they place Ugandan and Nigerian LGBT people. The legacy of colonial-era Christian missionaries and infusions of cash from modern-day American conservatives have helped to create it.

Along with the Bible, Western missionaries also bequeathed to Africans a literal understanding of how to read it. Today, that literalism continues to encourage fundamentalist interpretation of difficult passages like the story of Sodom and Gomorrah. Although many scholars in Africa now understand that these passages are properly read in context of the ancient cultures that produced them, people can still fuel grass-roots homophobia by appropriating a handful of biblical texts that seem to vilify gay people.

Jennings suggests some ways to alleviate this problem: American Christians of all stripes need to support those who teacher progressive interpretations of the Bible that don’t take anti-homosexuality passages so literally. They can also speak out against human rights abuses. Neither of those proposals should even be up for debate.

Still, when you have some American pastors and conservative Republicans trying to criminalize homosexual acts, I have a hard time understanding how they can condemn African pastors and politicians for taking the awful (yet logical by their understanding) next steps to punish those convicted of the “crime” of being gay.