Cardinal’s Attack on Love and Marriage Castigates Couples Who Do Not Procreate January 28, 2014 Terry Firma

A prominent Spanish cardinal doesn’t think my marriage is legit. And I’m not even gay! 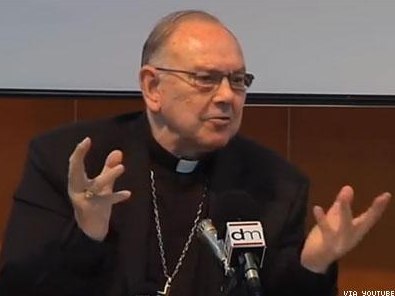 Fernando Sebastián, the retired archbishop of Pamplona, Spain, who was recently elevated to cardinal status by Pope Francis, has suggested that homosexuality is akin to “bodily deficiencies,” such as his own high blood pressure, and that it can be cured.

“Homosexuality is a defective manner of expressing sexuality, because [sex] has a structure and a purpose, which is procreation. A homosexual who can’t achieve this is failing,” Sebastián told the Spanish newspaper Diaro Sur Monday.

The Monsignor’s reverence for procreation is nothing new. About four years ago, after I wrote a pro-marriage-equality op-ed for a local paper, I received this response from a reader:

God created man and women for their God given roles to have homes with children to bring joy and happiness in life. Consider; two men having lived together for 55 years, no children, no family. Their parents, their siblings have all gone to the great beyond. Their friends are all old or gone. Two lonely men with no one, and not even any true hope of God’s welcome. How sad!!

I wrote him back:

It so happens that two of our closest family friends — they run a Christian conference center a few states away — just lost their eight-week-old child in utero. That is, she miscarried. She told us on the phone last night, sobbing. They hadn’t been able to conceive before, and at her age, it is not highly likely that they’ll have children in the future.

Is their long and happy marriage a sham? Is it worthless in your eyes, and in the eyes of God, because they have not successfully procreated? Does the fact that they have touched hundreds of people’s lives, including mine, with much thoughtfulness and generosity mean anything at all? Or do you feel the same mix of gleeful pity and superiority for them that you express for the two men in your example? And if you agree that the marriage of my childless friends is a legitimate bond, perhaps even a sacrament, why do you give them a pass while insisting that (childless) same-sex couples would make a mockery of marriage?

But it was personal for me too. 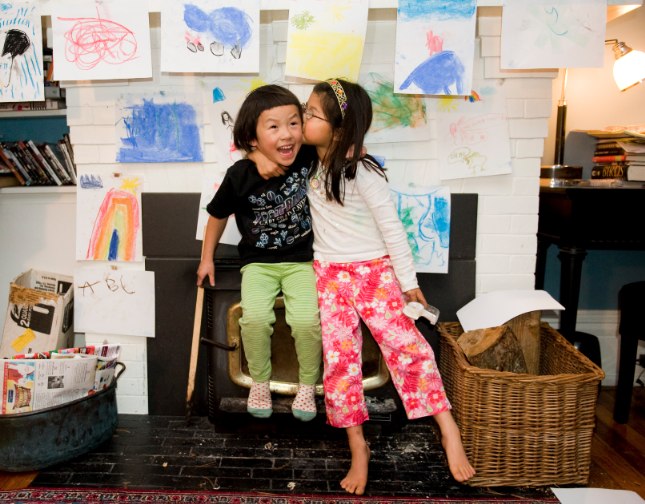 I’ve attached a picture of my two young daughters. My wife and I adopted them when they were babies. We don’t have biological kids; that just never happened for us. Our two girls are the light of our lives. They are whip-smart, sweet, and fun-loving.

I bring them up because for a moment it seemed that without these kids, you believe that my marriage is worth next to nothing. “God created man and women for their God given roles to have homes with children to bring joy and happiness in life,” you say.

But on second thought, even by that somewhat narrow standard, perhaps you would be willing to exempt my wife and myself from your rule: We do have children, after all — even if they didn’t spring from our loins, to use a Biblical phrase.

Now, here’s the rub: If you and God determine that our close relationship has redeeming value after all, on account of us having kids, you would logically have to extend the exemption to same-sex couples, at least to those who have children — either from a previous relationship, or through adoption.

As for your final point, yes, I suppose lots of couples do grow old together and see their family and friends fall away one by one. If this were to happen to you and your spouse — assuming that you are married — I would certainly wish for you both to draw support, strength, and even contentment from each other; and I’d wish the same thing for the same-sex couple in your example. Personally, I wouldn’t be gloating over how ostensibly “sad” the autumn of such a life-long mutual commitment is. In fact, I find beauty in it.

I should have added something. Long-term relationships aren’t validated by kids; they’re validated by love and commitment. Makes no difference whether couples can’t have children or choose not to have any.

The padres really ought to keep their noses out of other people’s business. Not just because that’s the decent thing to do, but also because meddling is a dumb strategy. In the third millennium, it’s a losing gambit to attempt to delegitimize the bonds of love between same-sex partners, and between adoptive parents and their kids.

Jesus Christ. The day I take advice on sex or on children’s wellbeing from Catholic connoisseurs of choirboys is the day Satan needs a winter coat.

January 28, 2014 Why is Facebook Censoring Pages Created by Romanian Atheists?
Browse Our Archives
What Are Your Thoughts?leave a comment