Evangelical ‘Imago Dei’ Campaign Pledges to ‘Treat Everyone with Love & Respect’ Despite Being Led by Anti-Gay Bigots January 25, 2014 Hemant Mehta

What words come to mind when you think of evangelical Christians? Ask just about anyone and the words “anti-gay” and “judgmental” will show up at or near the top of the list.

With that in mind, there’s a new campaign that attempts to redefine evangelical Christianity in terms of what it’s for instead of what it’s against and it’s called “Imago Dei” (image of God): 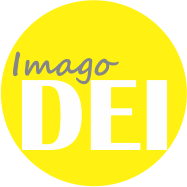 The Imago Dei, or Image of God, pledge is simple: “I recognize that every human being, in and out of the womb, carries the image of God; without exception. Therefore, I will treat everyone with love and respect.”

That sounds like a wonderful idea… until you realize that the leadership of the organization includes prominent Christians who are well-known for being nasty bigots on the issue of homosexuality. They have zero credibility when it comes to treating gay people with respect because their public statements have served to dehumanize LGBT individuals.

Like Jim Daly, President of Focus on the Family, who once said that if gay marriage became legal in America, it would threaten civilization. When President Obama once made a reference to families with two fathers, Daly criticized him because “two daddies are not better than one,” suggesting the ridiculous idea that kids are no better off with two loving parents than with just one.

Also on the leadership team: James Robison, host of the show “Life Today.” Robison once referred to gay marriage as part of a “furious flood of evil threatening to destroy our nation.” Last summer, arguing against the fight for marriage equality, he wrote that “what we’re actually witnessing is a cosmic battle between God and Satan; good and evil; right and wrong…”

Also on the leadership team: Mat Staver of Liberty Counsel. Mat Staver, whose career has been dedicated to making sure gay people don’t have the same rights as straight people. Mat Staver, who said if marriage equality became a reality, society “would just simply cease to exist. Moreover, you’d have rampant increase in diseases.” Mat Staver, who said that if you taught LGBT History in school, it amounted to “sexual assault on our children.”

Somehow, Time magazine’s Elizabeth Dias reported on the campaign’s launch without mentioning all of this obvious hypocrisy.

This is why the Imago Dei campaign will fail miserably.

Rodriguez believes that we’re all equal in the eyes of God and he’s brought along some evangelical heavyweights who agree with him to support his campaign. But if this is the best he can do, it’s downright embarrassing. It’s Bristol-Palin-encouraging-abstinence sort of embarrassing. It’s so embarrassing, even Charisma magazine thinks it’s a good idea.

There’s a reason evangelicals — and Christians as a whole — have a reputation for being anti-gay, prejudiced, and judgmental. It’s because most evangelicals are anti-gay, prejudiced, and judgmental. Putting a fancy new name on a brand new campaign and acting like evangelicals are going to be the standard-bearers for love and respect will get you nowhere, since those of us who watch how they act know that they don’t take any of this seriously.

If they truly cared about other people regardless of their sexual orientation, they wouldn’t spend so much of their time spreading lies about LGBT people and acting like the sky is falling when we all know it isn’t.

If you’re trying to find people who show love and respect for others, and you’re visiting the Imago Dei website, you’re looking in the wrong place.

January 25, 2014
Another Parent Decides to Perform a Violent Exorcism on a Child. Are You Losing Count Yet?
Next Post