The Man Church: In and Out in Minutes

Canton, Michigan is about to get a “Man Church.” Never heard of it? CBS Detroit explains:

Homes without fathers or husbands are on the rise, so much so that some researchers say it’s becoming an epidemic. In response, Connection Church of Canton has created something unique they’re calling “Man Church.” 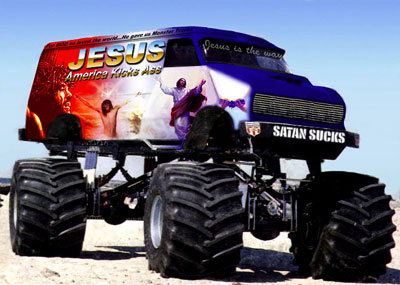 Bartee said there will be no singing, and the evening service will be fast-paced.

No theological foreplay and no cuddling with Jesus!

“Man church is designed for guys, by guys,” Bartee explained. “We’re gonna start on time, so we’ll be in and out,” Bartee said.

January 23, 2014 Kirk Cameron Promotes 'Great Article' Encouraging Parents To Never Ever Explain Anything to Their Children
Browse Our Archives
What Are Your Thoughts?leave a comment