Back in the 80’s, when he was still a teenager, Barry Minkow became famous after he founded a carpet-cleaning company called ZZZZ Best (pronounced Zee Best), an enterprise that made made him wealthy.

His luck didn’t last. According to Wikipedia, ZZZZ Best was actually

The judge who sentenced Minkow to 25 years in jail in 1989 described him as “a man without a conscience.”

Guess what happened behind bars? Minkow found God! And his conscience! Hallelujah! 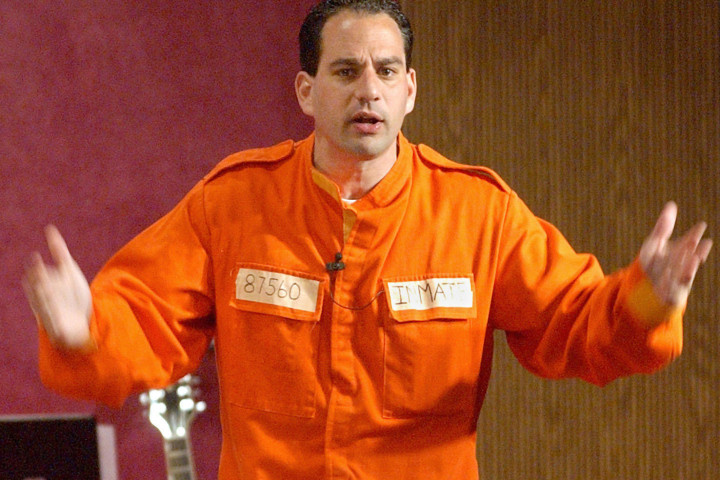 He was released after just six years and got himself a job as a humble servant of the Almighty: Minkow became a church pastor in California.

On the side, he began working as a fraud advisor to police, helping law enforcement put away white-collar criminals.

As a fraud fighter and “financial expert,” Minkow was also invited to appear on FOX News many times.

Finally, it came to light that he wasn’t a reformed man after all. He got caught shorting stock of companies he wrote negative reports about, at one point making a cool 50 grand after falsely accusing Herbalife’s president of having lied on his resumé.

But that was child’s play. With additional shenanigans you can read about here, Minkow continued to enrich himself while, with a smear campaign, he fraudulently caused more than half a billion dollars’ worth of damage to the value of a home-building company called Lennar. He was tried, convicted, and sentenced to five years in jail in 2011.

Through it all, at least he had been a caring shepherd to his Christian flock.

No wait, my bad. Turns out, Minkow screwed his own congregants out of large sums of money.

Yesterday, while still behind bars for his role in the Lennar case, Minkow pleaded guilty to cheating his San Diego church out of some $3,000,000 several years ago.

Under the plea, Minkow admitted that he opened unauthorized church bank accounts, forged signatures on checks and used member donations for personal benefit.

Whatever additional jail sentence the judge decides to mete out, it can’t possibly be the end of the line for this Teflon criminal. My guess is that Minkow will once again cleanse the shriveled-up turd he calls a conscience by dipping it in Jesus sauce. After that, the sky is the limit. While I’m sure many congregations do background checks, we’ve seen that Christian churches still have a rich history of hiring as their pastor every smooth-talking child rapist, genocidal murderer, corpse fucker, and Madoff-type con man who can recite a couple of Bible verses. To be continued.

January 23, 2014
Koran-Burning Pastor Will Square Off Against Atheist at Florida City Council Meeting Tonight
Next Post