Kathleen Tonn, a Republican senatorial candidate from Alaska, recently entered a steam room fully clothed and encountered a perspiring young woman wrapped in a towel. Tonn quickly found out that her captive audience of one, named Suzie, wasn’t an evangelical Christian, so she decided to unleash the power of the Lord to bring Suzie to Christ by singing and speaking at length — in gibberish tongues.

How do we know this? Because Ms. Tonn was kind enough to shoot a video of the encounter and upload it to YouTube. The caterwauling starts at 1:09. Suzie makes a brief appearance at 3:17. 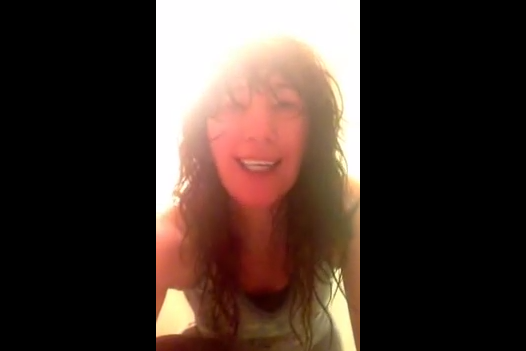 “I’m at the Alaska Club West and I’m spending a little time in the steam room with Suzie. Suzie doesn’t know Jesus Christ as her savior, but ironically she has a pastor/priest who is her neighbor. So, she has allowed me to sing and deliver a message in the Holy Ghost, in tongues. …

One point of clarification: Speaking in tongues or singing in tongues is very valuable because the message cannot be understood by Satan. But the Holy Spirit can use that message to bring deliverance, to bring clarity, to give discernment and words of wisdom and knowledge, and tongues is interpreted by a person who has the gift of interpretation.”

We wish the colorful Ms. Tonn the best of luck with her career in politics, as we continue to work on our gift of interpretation.

UPDATE: Tonn appears to have switched the YouTube video to ‘private,’ but as of right now (9 p.m. EST on Wednesday) you can still view it at the Christian Post, right here.