UConn Assistant Football Coach: ‘Jesus Christ Should Be in the Center of our Huddle’ January 21, 2014 Hemant Mehta

UConn Assistant Football Coach: ‘Jesus Christ Should Be in the Center of our Huddle’

Ernest Jones has an interesting strategy for winning football games: his team always gets one more player than his opponents.

In an interview last week with the Hartford Courant, the UConn football team’s new assistant coach explained his philosophy on the role of faith on his team: 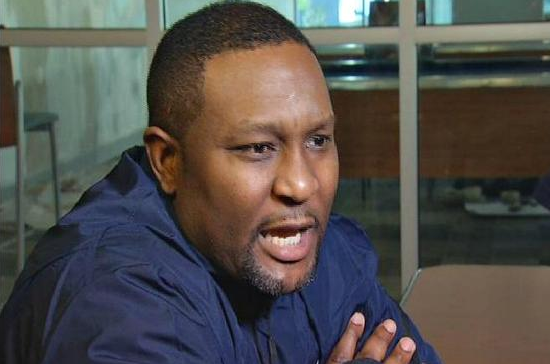 “And we’re going to do things in our building, fellowship, non-denominational type things, players, coaches. We’re going to make sure they understand that Jesus Christ should be in the center of our huddle, that that’s something that is important. If you want to be successful and you want to win, get championships, then you better understand that this didn’t happen because of you. This happened because of our Lord and Savior. That’s going to be something said by [new head coach] Bob Diaco. That’s something that’s going to be said by Ernest Jones. That’s who we are.”

There’s important subtext in there: 1) Atheists are not welcome on the public university’s football team and 2) Jesus really wants UConn’s opponents to lose.

Considering the Huskies lost the first 9 games of the season this past year (and ended with an overall 3-9 record), I’d say that philosophy’s really going to be put to the test next season… (I mean, if Jesus loves any team at UConn, we all know it’s the Women’s Basketball team). But it’s the implication that this is a Christian-only football team that’s the bigger problem here.

The university’s president Susan Herbst was quick to respond to Jones’ comments, rightfully rebuking what he said:

“At public universities we value everyone in our community, and treat each person with the same degree of respect, regardless of who they are, what their background is, or what their beliefs may be… Every student, including student-athletes, must know they are accepted and welcomed at UConn. Always. Our staff should educate and guide students, to ensure they are well-prepared for life at UConn and beyond. But it should go without saying that our employees cannot appear to endorse or advocate for a particular religion or spiritual philosophy as part of their work at the university, or in their interactions with our students. This applies to work-related activity anywhere on or off campus, including on the football field. Our athletic director and Coach Diaco agree wholeheartedly with me, and have made this clear to their staff.”

Still, neither Jones nor Diaco — both of whom were hired from the University of Notre Dame — have offered any apologies of their own, a fact that the editorial board of the newspaper felt compelled to comment on:

Mr. Diaco and Mr. Jones come to UConn from the University of Notre Dame, one of the country’s premier Catholic institutions of higher learning. But they have left the cathedral for the public square.

It is fine to impart good spiritual values — as Mr. Jones wants to do — but they must be the values common to all. A secular humanist should be as welcome in the defensive backfield as a fundamentalist Christian, a Muslim, a Jew, an agnostic.

The slap on the wrist Jones is getting is hardly a fair punishment for what he said, though I’m also not calling for his firing just yet. I’ll give him the benefit of the doubt and assume he just made a mistake, not knowing the differences between coaching at a Catholic school and coaching at a public one. At the very least, university officials should explain that they’ll be monitoring the coaches’ statements throughout the next season. There should also be an anonymous way for players to report any proselytizing, and those reports should be taken very seriously.