How to Have a Friendly (and Effective) Religious Debate January 20, 2014 Hemant Mehta

How to Have a Friendly (and Effective) Religious Debate

This is a guest post written by David G. McAfee. 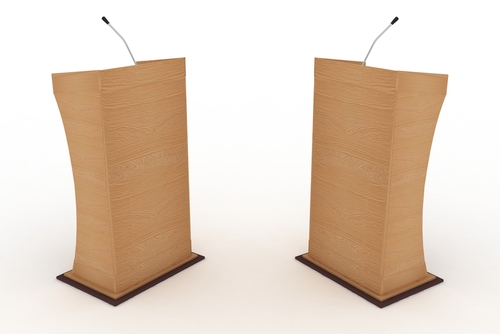 You know what they say: Never discuss religion or politics… that is, of course, unless you want to engage in discussion about some of the most important topics of this or any generation.

Studying religions has always been a passion of mine. From a very young age, I remember being intrigued by what my friends and family believed — and why. But, in my culture and many others, to discuss the topic in any substantive way was considered taboo. Now, as a religious studies graduate and the author of secular-themed works, I’ve had to get used to dealing with religious debates in a calm, rational, and friendly manner. As a result, I’ve learned that, contrary to popular opinion, you can reach some believers through rational dialogue. Indoctrination is difficult to undo, but not impossible. It’s a lesson that Bill Nye may want to take to heart as he gears up for his upcoming debate against Creationist Ken Ham.

I often hear the objection that, “They’re never going to change their minds!” But, from Christians denouncing their faith to so-called “Truthers” admitting they were misled, I’ve seen some great examples of evidence-based thinking. People are sometimes able to shed their ideologies with which they were indoctrinated, and to suggest otherwise is disingenuous. It’s not an easy task and doesn’t typically happen overnight, but I never assume logical discourse is a lost cause without first attempting it. If some people can give up their faith-based beliefs through skeptical analysis, then others can too. Each discussion could, at very least, plant a new seed of skepticism or critical thought.

I understand that tempers flare in religious debates and contentious discussions of all sorts, but I think it’s important to remember that all religious people aren’t necessarily stupid or overly dogmatic. The average believer is guilty of nothing more than gullibility, wishful thinking, and being indoctrinated, keeping him or her from critically examining beliefs. To form an opinion on any topic, the inquiring person should begin objectively, weigh evidence on either side, and make a sound conclusion. But indoctrination keeps a person from properly following these steps. In my experience, it is mild, calm, rational discussion that is responsible for the majority of breakthroughs in this area — and not emotional rhetoric and ridicule.

Here are some tips on how to have a friendly and effective religious debate:

Confrontation results from religious discussions for one simple reason: you’re telling them that their most fundamental beliefs are wrong. But the fact that you are telling believers they’re wrong isn’t necessarily a bad thing because, in a modern context, being able to voice your opinions and challenge those of the majority is critical. Unfortunately, as a result of cognitive dissonance, the uncomfortable feeling resulting from holding conflicting notions, facts can seem like ridicule when they work against firmly held beliefs. But, if a person gets upset about a statement of fact, then that emotional reaction isn’t your fault. The best way to handle this is not to treat the situation with kid gloves of any sort, but to go out of your way to show exactly why your words aren’t meant to insult — but to share ideas and communicate.

Stick to the topic at hand. If you’re discussing whether or not petitionary prayer yields legitimate, measurable, observable results, then don’t allow the dialogue to be shifted toward evolution, Young Earth Creationism, morality, or Jihad. When some people feel like they are losing a particular debate, it is not uncommon to attempt to shift the conversation in progress in search of a more comfortable topic; this is called moving the goalposts. But, by simply ignoring that behavior and sticking to the original discussion, the other party is forced to participate in the issue at hand or abandon the debate altogether. It is also recommended to familiarize yourself with other logical fallacies, too, to avoid distractions resulting from all sorts of faulty logic.

Just as it is important to ignore any attempts to move the goalposts, it’s equally necessary to not be distracted by argumentum ad hominem fallacies and general name-calling. Of course, before engaging in discussion, it’s important to ensure the other party is willing to accept new evidence. But if, during the course of conversation, a participant resorts to insults, it is usually a sign that he or she has become flustered and is seeking a quick way out of the talk. By ignoring the insults completely, repeating unanswered questions or calls for evidence if necessary, and sticking to the actual issue, the interlocutor will be forced to give up the immature behavior or surrender.

While it may not always be the case, friendly and effective debates are easier if you assume your counterpart is legitimately searching for the truth — and not simply seeking convenient lies. This ensures that the discussion remains informative and real, and that you don’t seem condescending or rude. It’s possible that, through this process, the other party’s tendency to immediately dismiss any opposing view out of hand could be weakened. By treating the individual with respect and ignoring behavior to the contrary, defenses are weakened, and new information is more easily shared.

Whether you’re discussing religion on an online forum or in a professional debate hall, observers should be kept in mind. When I post screenshots of online discussions, for instance, it is not to embarrass or ridicule anyone. I share them because of the value of the debates themselves and because I hope others can learn from them. It’s possible that observers of your debates are on the fence about the topic at hand, and that they are seeking answers.

David G. McAfee is a journalist and author of Mom, Dad, I’m an Atheist: The Guide to Coming Out as a Non-believer and Disproving Christianity and other Secular Writings. He is also a frequent contributor to American Atheist Magazine. McAfee attended University of California, Santa Barbara, and graduated with dual-degrees in English and Religious Studies, with an emphasis on Christianity and Mediterranean religions.