Legislators in Bengkulu, a province of Indonesia, are in the process of drafting legislation that would make it mandatory to attend Islamic prayers every week: 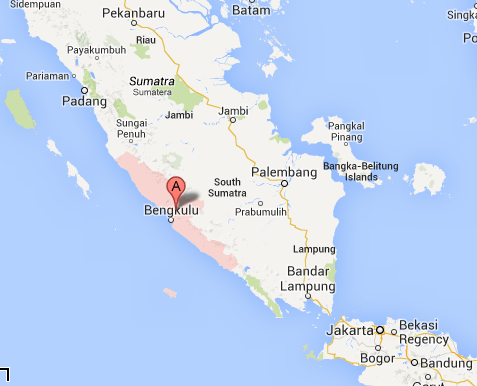 “Yes, the bylaw is being prepared,” Mukhlis, head of the office, told news portal Kompas.com. “The name of the bylaw is ‘Bengkuluku Religius.’ It will not only [applied] for mass prayer, but also five times [daily] prayer. There’s a tax bylaw; why not a bylaw about mass prayer?”

Mukhlis said the bylaw was part of Mayor Hemli Hasan’s plan to recast Bengkulu as a religious city.

Although though the bylaw is still under deliberation, the city has already begun phasing it in for municipal employees, who are currently required to attend public Friday prayers once per month.

The province’s Home Affairs Minister Gamawan Fauzi says the proposed law would be illegal and he’d try to stop it:

“If it is only a call advising people to go to the mosque to pray, or to go to the church for the Christians, it’s fine,” he told the Jakarta Globe. “But it’s not fine if they issue a bylaw which carries sanctions. They don’t have the authority, as religious affairs are under the authority of the central government.”

Right now, there’s no proposed punishment for anyone who doesn’t participate, but the percentage of Christians in the province isn’t insignificant. Don’t forget, there are atheists there, too, as we learned through the plight of Alexander Aan.

Last year, the International Humanist and Ethical Union also declared Indonesia one of the worst countries in the world in which to be an atheist.

January 19, 2014
Why Do Atheists Always Seem to Pick on Christians?
Next Post