This Monday, the Flagstaff Freethinkers are organizing an incredible number of community service projects in honor of Dr. Martin Luther King: 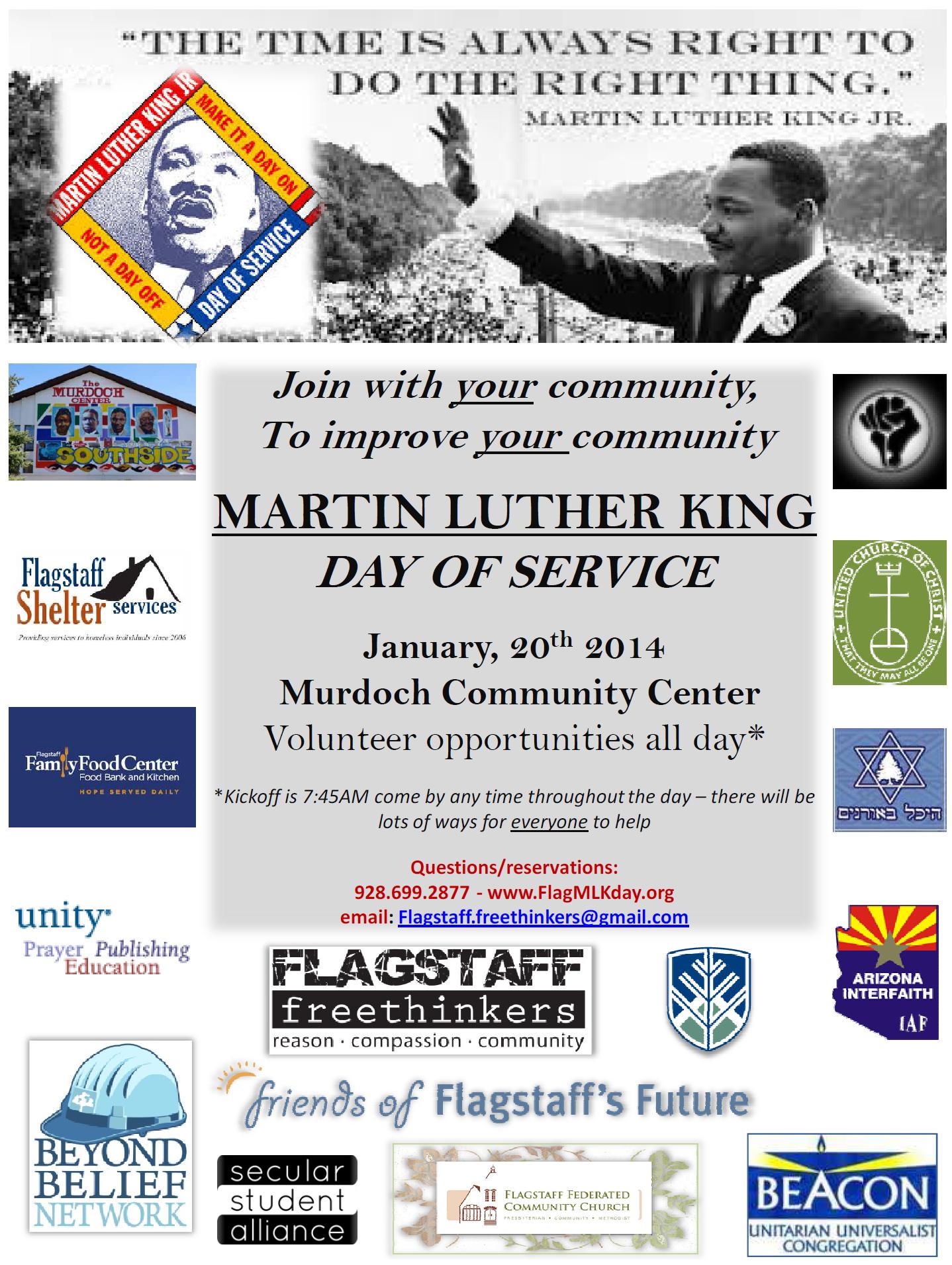 Just check out some of the events planned:

The event will culminate in a march for any interested participants to Northern Arizona University to join the Black Student Union’s annual march on campus. Team Captain Brian Wallace says, “It’s going to be really exciting to have people of different backgrounds and economic and social positions — civic organizations, church congregations, schools, and more — come together and do meaningful work within the community we all share.”

In the months it took to plan this event, the Flagstaff group involved more than 20 local religious and non-religious groups in the planning and execution of the projects.

Brian Wallace from the Flagstaff group explained how this whole thing came about. It just took a small group of people wanting to help out the community:

The Freethinkers wanted to participate in the Martin Luther King Day of Service but found that there wasn’t one planed for Flagstaff. In fact, Flagstaff had never had a community wide, service day — yet. So, missing out, we decided that we would organize one ourselves. We contacted a City council member we had a good relationship with from previous civic engagements, and started reaching out to other civic organizations as well as some religious congregations here in town. We found that this was an observance most were unfamiliar with but excited to participate in… It’s going to be an awesome community building, connecting day of do-goodery!