When Creationists Attack (Each Other): Guess Who Gets This Preacher’s Support in the Ham/Nye Debate January 15, 2014 Terry Firma

When Creationists Attack (Each Other): Guess Who Gets This Preacher’s Support in the Ham/Nye Debate

My friend Benjamin Corey, a preacher and fellow Patheos blogger, attempts to strike an enthusiastic blow for science in his latest post.

Corey is a creationist, but not of the Ken Ham variety. He believes in science and in creation. My head would explode (disclosure: not actually scientifically likely), but Corey says the Bible is true, Ken Ham is mostly wrong, Bill Nye is somewhat right, and he’ll be rooting for Nye during the February 4 debate.

Ken Ham has pushed my back against the wall and put me in the position where I must actively oppose him, and pray to the sweet baby Jesus that he not only loses, but loses badly.

The reason why I look forward to Ken Ham getting pummeled by a real scientist is that Ham isn’t a creationist in the way I am a creationist. Instead of affirming “yes God created, and I’m open to a life-long process of exploring the mysteries of his creation”, Ken’s position is that of a “Young Earth Creationist.”

Ham and his ilk believe that the Earth is about 6,000 years young, based in part on simply counting generations.

The Young Earth Creationists add up the ages in Hebrew genealogies in the Old Testament and from that arrive at the assertion that God created the world on Sunday, October 23, 4004 BC.

Or thereabouts, I’m sure.

Old Testament genealogies were never intended to be comprehensive genealogies that included all descendants of a family line. In the type of genealogy used in the Old Testament, it is completely permissible to use the term “beget” (Hebrew, yalad ילד) to refer to a descendant many generations later.

Corey’s main reason for opposing Ham is that Ham is making all Creationists “look like idiots,”

… and therefore [is] harming the cause of Christ. …

Instead of supporting the Answers in Genesis folks, we ought to invest in ways of showing that science and Christianity are not incompatible, but rather can exist together in relative harmony with one another. Furthermore, by accepting science while still holding onto our faith in God, we enable ourselves to use science to point people to the one who orchestrated this beautiful unfolding of events — however it occurred.

Because Bill Nye doesn’t actually believe in a Creator, Corey explains he won’t be rooting for him so much as he’ll be rooting against Ken Ham. Noted.

While I’m happy to have Christians on “our” side in the debate over evolution, I don’t think the preponderance of their favorite book accords well with modern science. The Bible is full of stories that have a strained relation with reality as we know it (I’m being charitable here). A man walks on water. Another man parts the sea. A woman gets turned into a pillar of salt.

Another character is swallowed by a whale, lives in its belly for three days, and walks away unscathed when the whale vomits him onto land.

We also have a talking snake, a yapping donkey, Noah’s Ark, angels, demons, and on and on. 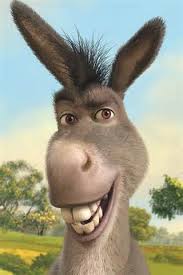 In other words, even accounting for mistranslations and allegories, a modern scientist who reads the Bible will probably mutter “What the fuck” a lot more than exclaiming “Cool, bro!” while high-fiving his lab-coated colleagues.

It follows that Corey and his ostensibly science-loving brethren have some more explaining to do to demonstrate why Biblical creation and science aren’t seriously, irreconcilably at odds.

P.S. Fortuitous timing. I wrote this article yesterday. This morning, before my piece even went live, Corey published a new post, entitled Genesis 1: It Doesn’t Have To Be True In Order To Still Be True. Jonah wasn’t really inside a whale, says Corey: without God, Jonah was just “in a dark and lonely place.”

January 15, 2014
This City's Police Chief is Openly Breaking the Law by Allowing a Cross on Government Property
Next Post

January 15, 2014 Responding to the Statement 'You Don't Act Like an Atheist'
Browse Our Archives
What Are Your Thoughts?leave a comment