This City’s Police Chief is Openly Breaking the Law by Allowing a Cross on Government Property January 15, 2014 Hemant Mehta

In Searcy, Arkansas, home of (private Christian school) Harding University, there’s a cross sitting just outside the local Police Department that was supposedly put there by a local Methodist church last year. It’s a promotion of Christianity that Police Chief Jeremy Clark sees absolutely nothing wrong with: 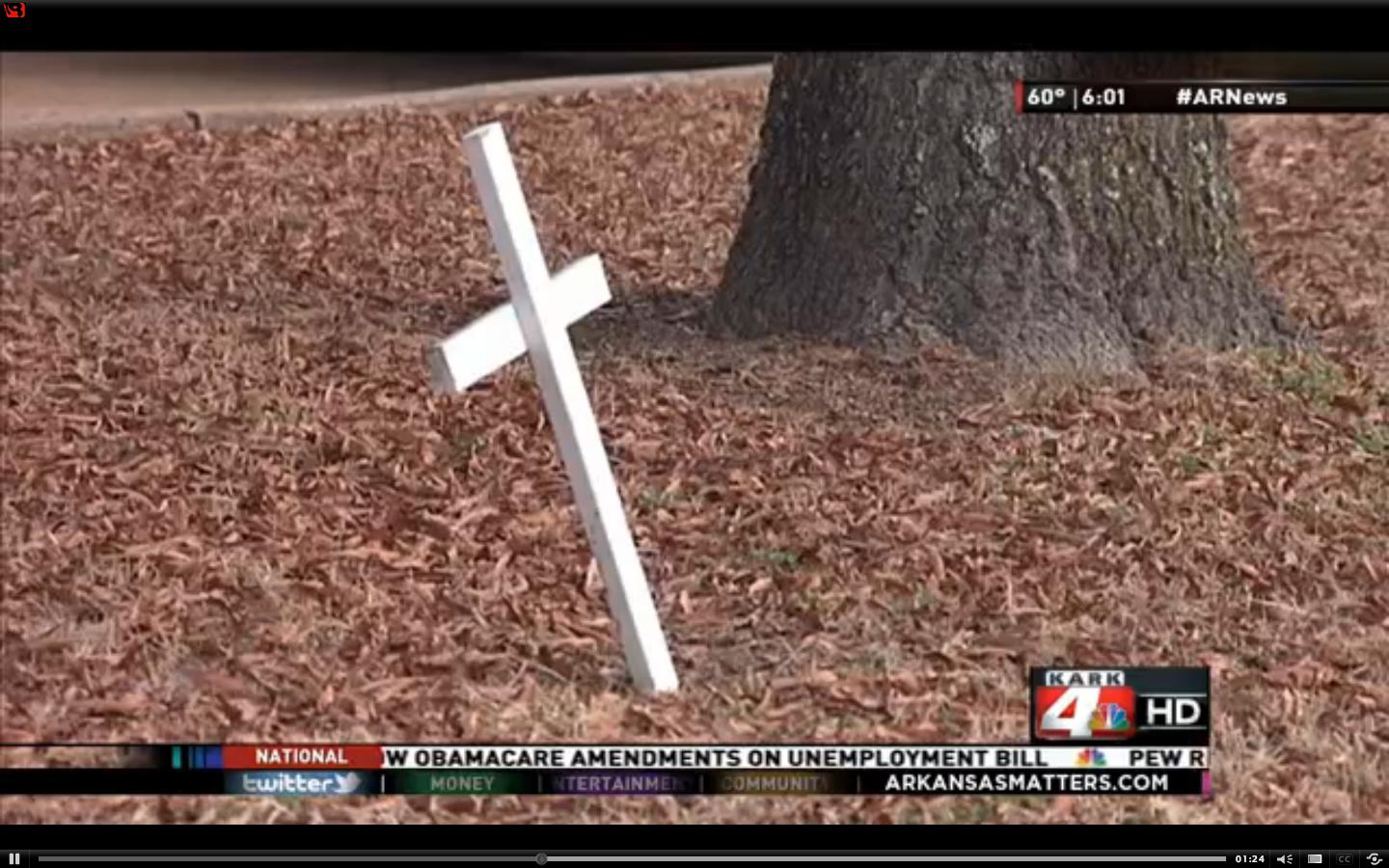 “Someone put it there, I didn’t put it there, I don’t know who did. I wasn’t going to remove it just because this organization in another state [Freedom From Religion Foundation] told us that we should… We’re here serving the citizens of Searcy and I don’t feel like we’ve done anything to offend them.”

That’s the chief of police explaining how the law doesn’t apply to his town because the majority of citizens don’t like it. (I guess his officers don’t stop anyone for speeding, then?)

FFRF sent Clark’s predecessor a letter of complaint a year ago — not because they’re “offended” by the cross but because they believe even the police should follow the rules — but that letter has been ignored ever since:

“It’s such a simple remedy. All they (Searcy) have to do is remove the cross, and if the police chief is partial to it, he can put it on his own lawn,” Freedom From Religion Foundation Co-President Annie Laurie Gaylor told KARK-TV.

There’s a simple solution to this if Clark doesn’t take action. People just need to start putting other religious symbols on the police department’s property. Since Clark’s motto seems to be “I didn’t put it there, so I guess it can stay,” he shouldn’t mind people putting a Koran next to the cross, with a Flying Spaghetti Monster hovering over both of them, and a giant Satanic Temple monument overlooking it all on the side.

Or maybe a lawsuit is just what the city needs to realign its priorities. If the Police Chief ignores laws he doesn’t like, what sort of leader is he, anyway?

(Incidentally, contrary to what some of the critics are saying, the FFRF doesn’t send letters of complaint out of nowhere. They’re prompted by local residents who inform them of the constitutional violation and ask them to take action.)

January 15, 2014
Fox Business News Guest Says Satanists 'Should be Shot' Right Next to Their Monument
Next Post

January 15, 2014 When Creationists Attack (Each Other): Guess Who Gets This Preacher's Support in the Ham/Nye Debate
Browse Our Archives
What Are Your Thoughts?leave a comment