Why Are Atheists Overwhelmingly Left-Wingers? In Which I Out Myself As a Libertarian January 13, 2014 Terry Firma

Why Are Atheists Overwhelmingly Left-Wingers? In Which I Out Myself As a Libertarian

A funny thing happened in the comments section over the weekend.

First, we had a pretty wonderful discussion about the atheist closet, and about the risks and rewards of coming out as a non-believer.

I did feel a little uneasy about something, but I couldn’t quite put my finger on it.

Then Hemant posted an anti-GOP cartoon. Reading the comments below that post made my vague unease snap into focus. This is what had been bothering me:

I am out as an atheist to all of my friends and relatives, and obviously also to the community that has formed around this blog — a group of mostly funny and insightful people of whom I’ve grown rather fond. But I suddenly realized that politically speaking, I’ve been tiptoeing around other people’s sensibilities in a way that’s begun to feel a little stifling.

That’s because (someone fetch the smelling salt, and cue the choir of hisses!)…  I’m a libertarian. 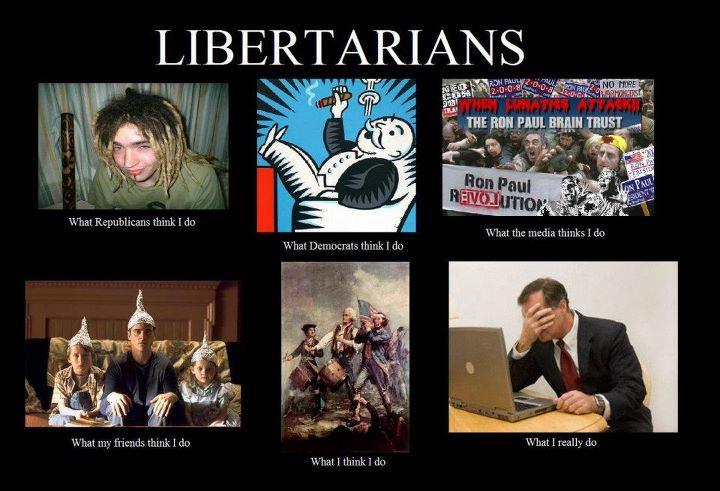 If it matters: I think of myself as being on the minarchism side of the scale, and I prefer the term classical liberalism to libertarianism. And although I self-identify as a libertarian-leaning centrist, the political test I’ve twice taken at ISideWith.com pegs me as a Green-Party Libertarian with some serious Democratic tendencies. The site also insists that my love for Socialists stands at a whopping 44 percent (say whaat?), well above my appreciation for Republicans, at only 27 percent. In other words, I’m a mess!

Maybe my political views aren’t such a big deal. I mean, this comment under Hemant’s post, by Rich Cook, at least got a good number of upvotes, and it sums up rather well how I feel:

Partisan politics keeps dragging us down. I hate [the] Democrat[ic] party just like the Republican party — they both only care about power and both lie to preserve it. In case you haven’t noticed, a Democrat has been leading us with Democratic support in Congress and he is worse on civil liberties than Bush was. What good is health care if we keep increasing economic disparity with corporate welfare and ramping up the war machine endlessly? Which party gives a crap about those things? Neither as far as I can tell.

But it was apparently too early to breathe a sigh of relief, because this subsequent comment, by a participant with the screen name Opinionated Catholic, got even more downvotes, no contest:

I come to this site every day because it makes me think. Can we have some more … conservative and Libertarian non-believers’ voices on this site? … It does seem when I come here [that] atheism has one very huge political leaning. Again it’s your site, but as a person interested in political discourse, your prominence might mean that you might want to take … greater responsibility to give all non-believers a voice. Just saying you and I are about 180 [degrees] different on God. But I am encouraging you to accept some more voices (I think there are a ton of atheists and agnostics at Reason).

I don’t see what’s wrong with suggesting more political variety on this blog. Rich Cook and Opinionated Catholic even wrote something broadly comparable, but only our Catholic visitor got truly taken to task for it.

One reason I have no use for organized faith is that religions promote tribalism. I suspect that division, strife, and violence are the inevitable result of how we mentally organize and identify ourselves, and that tribalism is at the root of that. People will always find ways to be tribal — and to reach peaks of mobby unpleasantness together, fighting other tribes who engage in the exact same unfortunate in-group/out-group mentality. They’ll do it with or without religion, but religions are especially good at creating and nursing the divide.

However, atheists are not immune to this. It’s not unusual to see a comment on this site heavily downvoted or vocally opposed not because the original commenter didn’t have anything worthwhile to say, but because (or so it’s often seemed to me) her or his religious or political affiliation was a proverbial red flag to a small herd of bulls.

And it doesn’t take much to provoke such instincts. A few weeks ago, I wrote a Friendly Atheist post about the inhumanity and sleaziness of Saudi Muslim childfuckers. One commenter, in the space of fewer than 50 words, turned his contribution into a non sequitur indictment of… the freakin’ Koch brothers, the Left’s favorite bogeymen. Not only that, but the comment received 29 upvotes (and 4 down). Remember that we were talking about religion-sanctioned child rape. Apparently, no crime is so outrageous that, to the left, it doesn’t deserve a gratuitous comparison — and not necessarily a favorable one — to the actions of a couple of right-wing billionaires.

While there are of course plenty of conservative and libertarian atheists (by some definitions, these labels may apply in whole or in part to Christopher Hitchens and Sam Harris), it looks like they’re not particularly welcome on this blog. But why not? Best as I can tell, this site is for atheists, full stop. Being a non-believer clearly is not synonymous with thinking and voting left. 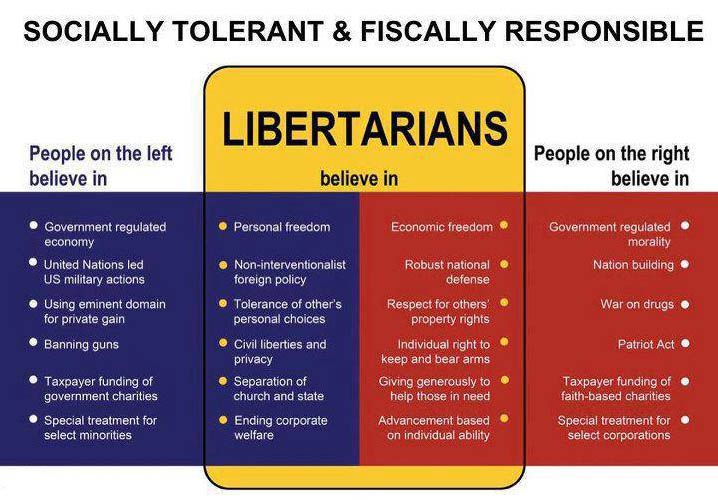 Shouldn’t the kind of blind ideological, doctrinarian thinking that atheists tend to reject lead to a greater willingness to examine well-argued opinions that don’t accord with ours? Also, as members of a widely distrusted minority ourselves, do we really want to heap scorn and distrust on the non-believer conservatives and libertarians in our own midst? Couldn’t they just be our allies instead?

My friend Dave Hitt, a fellow atheist with a wicked contrarian streak, recently wrote about this. He calls left-wing non-believers who love big government statheists:

I find it very discouraging that so many atheists, the majority of them in my experience, are progressives: far-lefties who believe in the state with the passion they once reserved for religion. They reject religious laws as nothing more than words written down by goat-herders thousands of years ago, but have a great reverence for words written down more recently by weasels in suits.

Well, at least the weasels on the Democratic side of the aisle.

For me, this part of Dave’s post resonated the most:

Progressives have no idea what libertarianism is. They’ve created a voodoo doll caricature of it, and they hate that doll.

Remind you of another group?

The typical libertarian, according to them, is a selfish loner who doesn’t care about anyone else, not even a little. He wants to create a society that will cater to him, while contributing nothing himself. He’d like to live by himself, counting his bullets and his pre-1965 silver coins, only leaving his lair to buy dangerous drugs from vending machines conveniently located on school grounds. On the way, he’ll rub his hands and chuckle as he steps over the corpses of the poor who died in the street for want of food and medical care.

In reality, Libertarians are the same as most other people. We want a happy, productive life full of friends and family, helping out others as much as we can, teaming up with like-minded people to accomplish mutual goals, while being free of violence and coercion. There are only a few things things that separate us from the general population: we recognize that the source of most violence and coercion is the government, we rebel against (and often ignore) stupid laws and we are quite willing to let other people lead their lives as they see fit, even if we strongly disapprove of their choices.

[H]ating the caricature is so much easier than learning the reality.

With some trepidation, I’ve now stepped out of the libertarian closet. I guess I expect more caustic barbs than enthusiastic attaboys, but feel free to prove me wrong. Hey, at least I’ve heeded Hemant’s sage coming-out advice (just substitute ‘libertarians’ for ‘atheists,’ if that makes sense):

[W]e have to let people we trust know that we’re atheists. People think poorly of atheists because they don’t think they know any. … Let them know that someone they already trust is an atheist.

I’d love it if this site could be a place for big-tent atheism. Could we grow our numbers, and have even more engaging discussions, if we were all a bit more welcoming to people with different political views?

January 13, 2014
Methodist Church in Indiana Split on Whether Gay Employee Should Have Been Fired
Next Post