Some cities in Canada haven’t been receptive to atheist advertising, but the Sudbury Transit Authority (in Ontario, Canada) just approved an ad that’ll go up for the next month.

It took three weeks for them to give it the green light, but an ad campaign with the message “Don’t believe in God? You’re not alone!” will officially be launched today as will the Sudbury branch of the Centre for Inquiry: 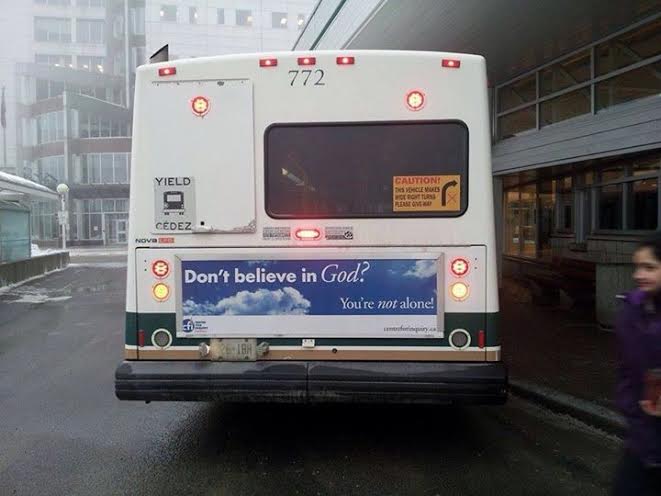 [CFI’s Spencer] Lucas said the Sudbury ad doesn’t seek to convert anyone to their way of thinking, and instead takes the ‘preaching to the choir’ approach.

“We had seven or eight (ads) we could choose from, and we picked the one with the most benign wording,” Lucas said Thursday. “We’re not trying to mock religion or anything like that, but reach out to like-minded individuals.”

The harmless ad will undoubtedly upset all sorts of sensitive religious minds. But I love the campaign and I love what the local atheists are doing. They’re pushing the “you’re not alone” aspect of atheism instead of the “everyone else is wrong” message and that’ll take them far.