Quietly, the BBC Changes Its False Story About the Attacks on Lars Vilks January 9, 2014 Terry Firma

Quietly, the BBC Changes Its False Story About the Attacks on Lars Vilks

A few days ago, the BBC published a news article about the conviction of Colleen LaRose, a.k.a. Jihad Jane, for her plot to murder the Swedish artist Lars Vilks. The writer of that piece roundly declared that despite the plot, and despite the $100,000 reward placed on Mr. Vilks’ head by Islamic militants, Vilks “was never attacked.”

Given the two known — and widely reported — attacks on the man, the BBC was wrong, as I wrote here. I e-mailed the editorial staff and asked for a correction and an explanation.

So far, no reply.

But sometime in the past 36 hours, someone at the BBC quietly scrapped the lie or the error (absent an explanation, we can’t know what it was), and replaced it with the more accurate “But the murder plot went nowhere.” 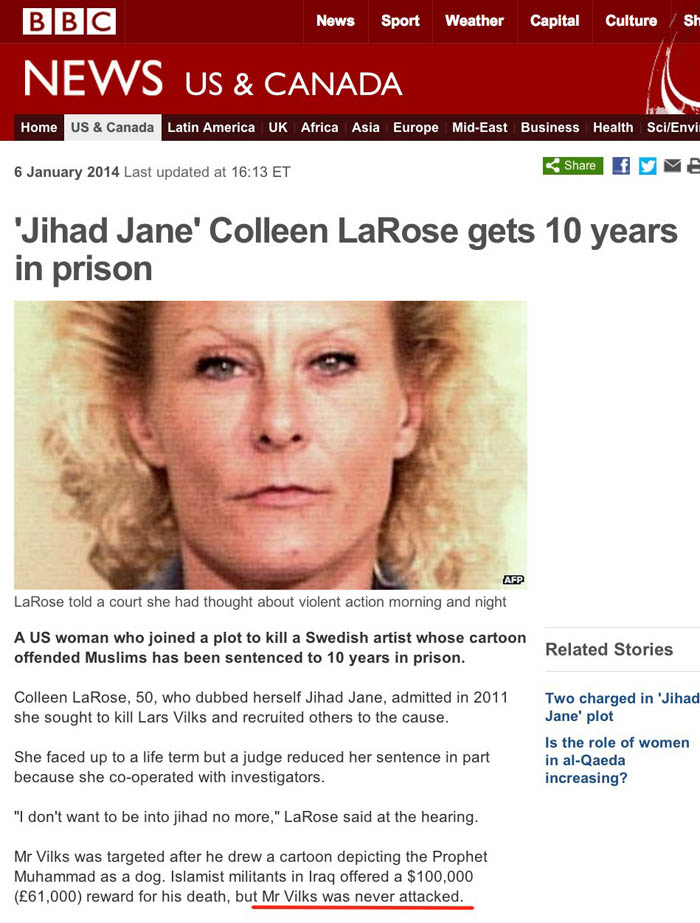 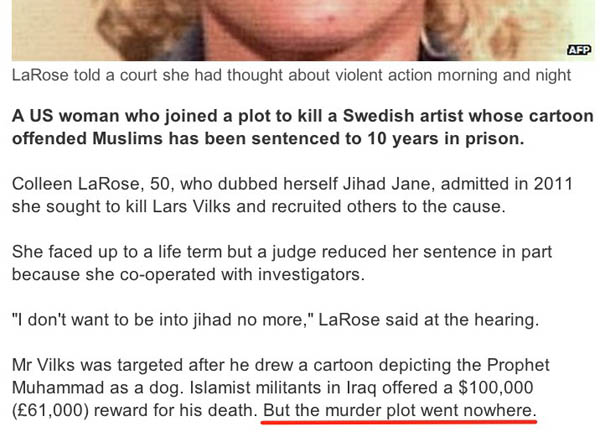 Although I appreciate the improvement, I hope it’s not too churlish of me to point out that most reputable media outlets don’t just change stories days after the fact without also detailing, publicly, what was changed and why.

Also, note that there still is no acknowledgement in the BBC piece that Lars Vilks was in fact assaulted by a Muslim radical or that someone attempted to firebomb Vilks’ home just days later.

January 9, 2014
Did This Poll About Women's Attire in Muslim Countries Ask the Wrong Question?
Next Post