Spokesperson for Irish President: It’s ‘Inappropriate’ To Ask Him About His Religious Beliefs January 6, 2014 Hemant Mehta

Spokesperson for Irish President: It’s ‘Inappropriate’ To Ask Him About His Religious Beliefs

When Michael Higgins was running to become the President of Ireland in 2011, he told Atheist Ireland of his desire for a country more inclusive of the non-religious perspective, including the re-examination of the presidential oath with its godly language (“May God direct and sustain me”): 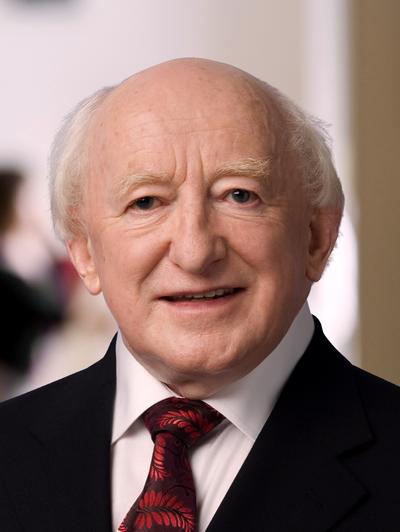 Do you personally agree that, as a President elected by the people, many of whom do not believe in a god, you should be required to publicly ask a god to “direct” you in your work as our President?

Clearly, if I am elected President I will take the oath: I embarked upon this campaign in the knowledge that this would be expected of me if elected. There is to be a constitutional convention in the new year — which I fully support — and it is at this forum that matters such as the oath ought to be examined. It is of great importance that the Presidency and all surrounding it ought to be fit for purpose for a modern state with a population comprising a large number of different religious beliefs as well as none.

In the time since his election, he appears to have lived up to his words. Even his last three Christmas addresses have included no mention of Christ or Christianity.

Higgins has also labeled himself as “spiritual” instead of “religious,” much to the chagrin of some.

So is he an atheist?

Turns out his office doesn’t want you asking that question:

… his office has said it would be “inappropriate” to ask if he was an atheist.

When asked about the President’s spiritual views, a spokesman for the Aras refused to engage in the issue.

I don’t blame them. It’s one thing to fight for progressive values but another thing entirely for a President to call attention to his beliefs, especially when they might be unpopular.

Part of me doesn’t care. As great as it would be have another non-religious head-of-state, as long as he’s fighting for progressive causes, it’s irrelevant.

At the same time, if he really wanted to make Ireland a more welcoming place for all its citizens, including the non-religious ones, he could make a huge stride toward that end by just coming out as an atheist (if indeed he is one). You could argue that very few laws would have the impact that a single coming-out statement by the President would have. It’s a tremendous opportunity to make a big difference for a lot of people.

And Irish atheists reading this are welcome to chime in with more information about this.

January 6, 2014
The Pastafarian Politician Explains Why He Wore a Colander at His Swearing-In Ceremony
Next Post