Pastafarian Wins Election to Town Board and Takes Oath with a Colander on His Head January 5, 2014 Hemant Mehta

Back in October, Christopher Schaeffer announced his candidacy for election to the Pomfret Town Board in New York. He was elected the following month and was sworn in Thursday.

Why is any of that relevant to the rest of you?

Because of how Schaeffer took his oath of office: With a strainer on his head as a representative of the Church of the Flying Spaghetti Monster: 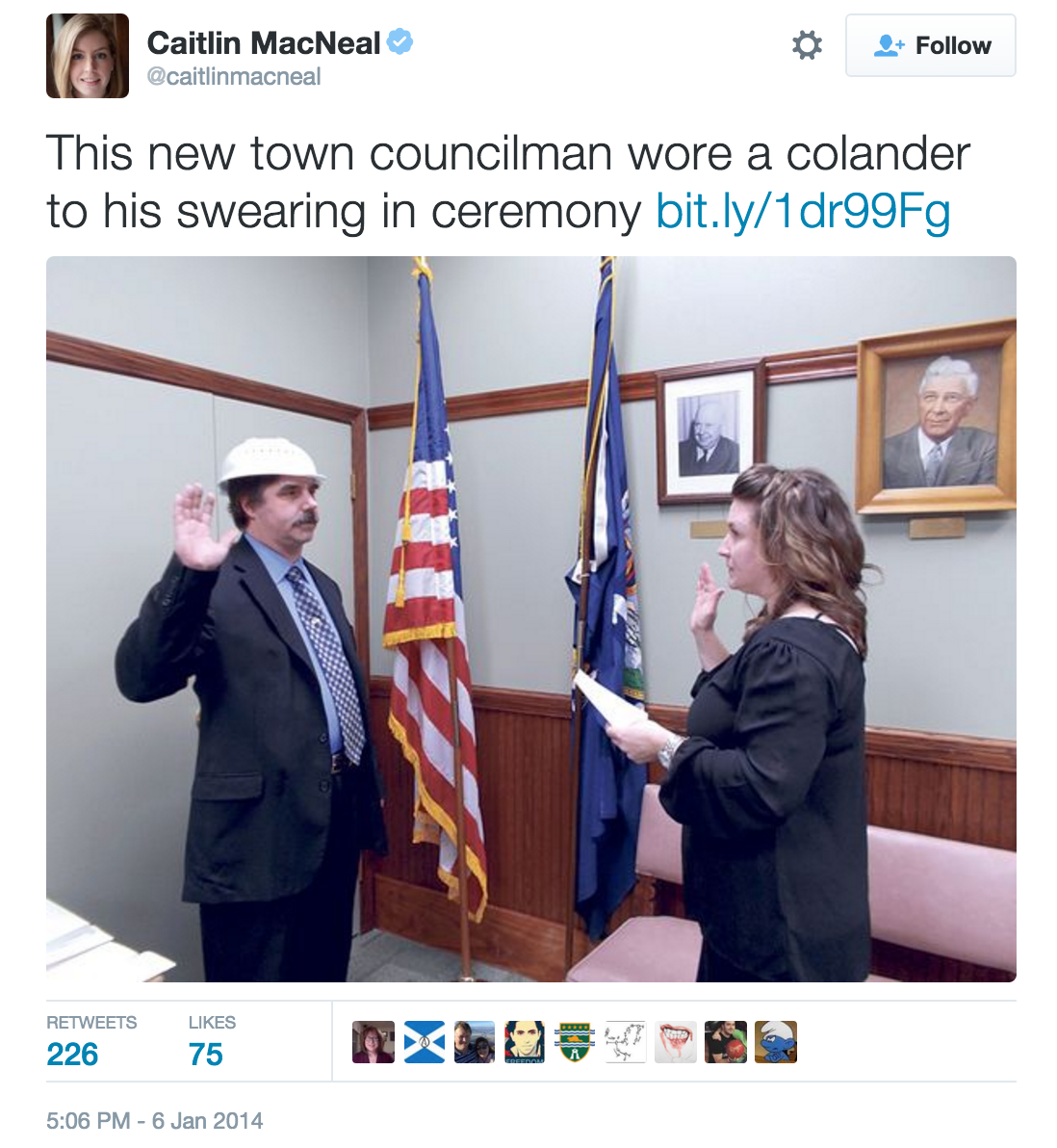 When the OBSERVER asked afterward why he wore a colander on his head, Schaeffer said he was a minister with an even more unique organization – the Church of the Flying Spaghetti Monster.

“It’s just a statement about religious freedom,” he said. “It’s a religion without any dogma.”

Schaeffer added that he was in part inspired by Pastafarians in Russia who were charged with organizing an unsanctioned rally as they walked to “promote happiness, cheerfulness and harmlessness.”

Those who criticize him for this — and a lot of commenters at the Observer, where this story was first reported, are doing just that — are missing the point. This wasn’t an anti-religious gesture or even a gesture to make a mockery of local politics. It was a statement showing that Schaeffer represents everybody, no matter their religious faith, an idea that doesn’t really come across when politicians put their hands on the Bible.

I reached out to Schaeffer last night to get more information about why he did this, but I haven’t heard back yet. Incidentally, he ran for New York State Senate a few years ago but lost.

January 5, 2014
Margaret Doughty, Who Was Almost Denied U.S. Citizenship Because of Her Atheism, Tells Her Story
Next Post