Today,  Trestin Meacham (pictured left, below), completed two weeks of fasting — or so he claims.

That’s a milestone worth pondering. You see, Meacham, a Mormon in Utah, has decided that no food shall pass his lips as long as gays are allowed to get married in Utah. He believes that

Utah can nullify the recent federal court ruling [that allowed same-sex marriage] by simply choosing not to follow it. “Jefferson made clear that the courts are not the supreme arbitrators of what is and what is not constitutional. The states also have power,” said Meacham. 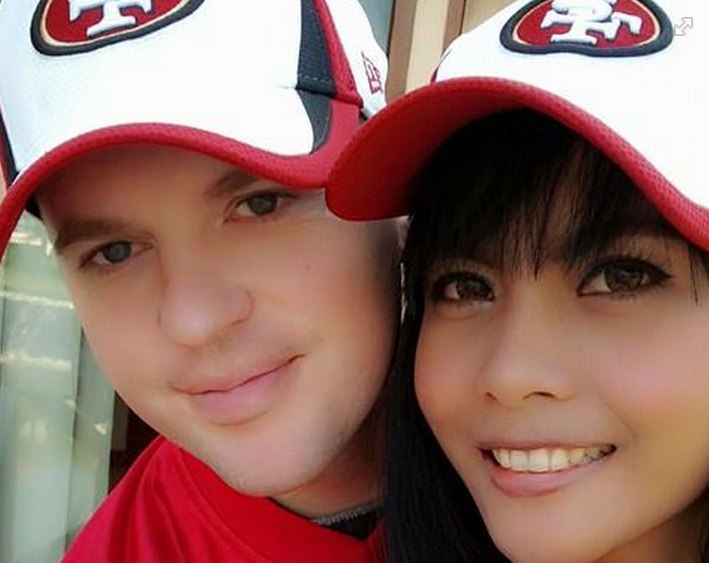 … they are “packed full of activist judges that don’t listen to the constitution.” He has urged state officials and county clerks to defy the [federal] order. He told an interviewer he is emulating Gandhi, and said he is willing to sacrifice his life for the cause.

Gandhi was, after all, a well-known campaigner against human dignity, and an implacable foe of equal rights. I think. Please correct me if I’m wrong.

Meacham says this is about religious freedom, not about hate, and he trots out the well-worn line that “some of my best friends and relatives are gay.” Nevertheless, after receiving angry protests from LGBT people, he concluded:

“The homosexual movement is less tolerant than the Nazis and if [gays] had the power of the Nazis, I have no doubt they would not hesitate to march people of faith into ovens.”

I hope that his gay friends and relatives will get over Meacham’s self-inflicted death-by-starvation without too much mental anguish.

And I hope the same for his fiancée, who, I learned via his Facebook page, is of a different race. I thought of Loving v. Virginia, the 1967 Supreme Court case that ended the prohibition on interracial marriage; and I wondered what would have happened to relationships like Meacham’s if the states had simply chosen to nullify that ruling.