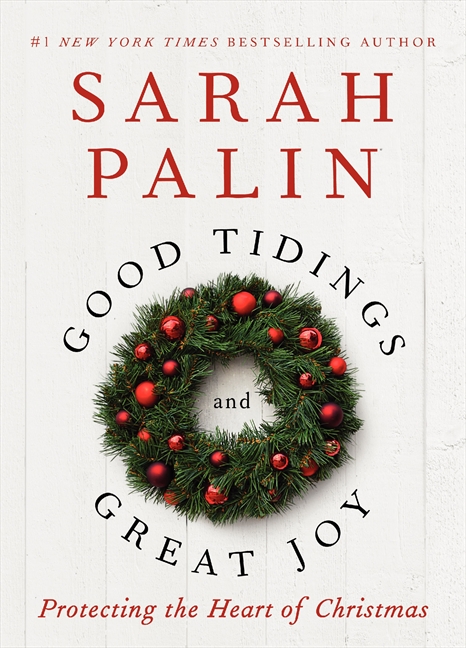 Hell, her people even sent me an autographed copy of the book. (The inscription reads “God Bless You,” as if she needed one more way to stick it to atheists…) The whole book is a lesson in patience. You have to find a way to flip the pages without knocking out everyone around you since every chapter just makes you progressively angrier. Ever read a Creationist textbook that you know others read in complete earnest? This is just like that.

It’s not that she holds different opinions from me; I deal with that all the time and it’s never a problem. At first, I thought what upset me the most was just how uninformed she was. She spent chapters writing about atheists and clearly didn’t even bother to talk to any to make sure she was on the right track. But then I realized I had it completely flipped. It wasn’t that she was willfully ignorant. It’s that she knew damn well what we’re all about and she was deliberately misrepresenting us just to rile her base.

Once that hit me, I saw the book in a completely different way. Here: Just look at some of the things she said (by way of a ghostwriter, of course):

But while our family has worked hard to hold tight to our Christmas traditions, I wonder just how easy it will be in the future to joyfully and openly celebrate. (p. 7)

Without faith, we’d be, well, the secular Left — a group that data shows to be notoriously stingy with their time, money, and pleasant attitudes, and that believers “compassion” is best represented by a failed welfare state that traps millions in lifelong poverty and despair. (p. 89)

… When Americans “get their Christmas on,” it sometimes looks like shopping till their drop. But frequently, this shopping is for other people — children they’ll never meet, parents who need a helping hand, or for organizations that provide assistance all year.

I bet Charles Darwin never understood this. If the world could be described as truly “survival of the fittest,” why would people collectively be stricken with a spirit of generosity in December?… It doesn’t make sense. (p. 112)

Does all that make your blood boil? Because I’m pretty sure I could feel my temperature rising throughout those first few chapters. But here’s the thing: If you really want to push someone’s buttons just to piss them off, you have to understand what makes them tick. You have to know where they’re coming from and how they think and what they’re like. It’s not restating the truth that annoys people; it’s reiterating a distortion that both sides know is unfair. Palin knows how to make atheists cringe because, and I really believe this now, she knows we aren’t really like that. She just knows the buzzwords to use that’ll make atheists complain publicly about how much of an idiot she is, at which point she’ll turn around to her conservative base and act like the martyr she isn’t.

Here’s an example of what I’m talking about. At one point, Palin wants to educate readers on the little-known parts of the law. They’re so technical, in fact, the only people who know about them are the ACLU and FFRF. And Sarah Palin, Esquire:

… there are actually many such Scrooges all over America. They’re very angry, and — thanks to a highly technical quirk in constitutional law very few people know about and even fewer understand — they are very, very influential. An angry atheist with a lawyer is one of the most powerful persons in America. (p. 22)

Actually, you know what’s more powerful than an atheist with a lawyer? A governor. (But, you know, you can’t play victim when you hold an important title…)

And do you know what atheists with lawyers do? They protect the Constitution, which you would think Palin would be thrilled about.

The quirk she’s referring to, according to her warped logic, is that only when it comes to religious expression are people are allowed to sue simply because they’re “offended.”

Again, I firmly believe she knows that. I think she understands that groups like FFRF file lawsuits only when Christianity is given special treatment by the government, not because something like a Nativity scene “offends” them.

You know why I think she knows this? Because she admits it later in the book when offering advice to Christians who want to put up Nativity scenes on public property:

… if you do have public displays on city property, use both secular and religious imagery in the display and you’ll almost certainly be okay. If you want to have a Nativity scene, place it in the context of various holiday items… (p. 53)

And don’t forget this lovely sentence hidden toward the end:

We all appreciate religious liberty, but it should be liberty for all, not favoritism for some. (p. 182)

It’s almost like Sarah Palin didn’t even read her own book… which makes sense since she didn’t write it, either.

In a way, she’s become Ann Coulter: Smart enough to know exactly what to say to make liberals hate her… a response she then uses to win sympathy from the people too dumb to know that what she’s saying is batshit crazy.

Ultimately, this isn’t really even a book about Christmas. (Which explains how she worked in a few pages just to praise Chick-fil-A.) Christmas is just the façade she uses to write a longer screed against atheists, Muslims, Jews, and everyone else who doesn’t believe in her God and who thinks the First Amendment is worth fighting for. In her mind, if your family doesn’t celebrate Christmas just as she does, you’re part of the problem and you’re trying to take away from her happiness. That’s why there’s a chapter of family recipes at the end of the book — just so you could be a little more like her.

I’ll say it again: She knows what she’s doing. She wants these bad reviews. She wants atheists to cringe as we read the book. She wants liberals to hate her. It all feeds into the character she’s created for herself, a character that offers no redeeming value in a pluralistic society, who exists solely as a lightning rod to attract the kinds of people who think this country is made worse as it gets more diverse.

You have to be a truly repugnant person to have as much power and reach as Palin does, and then use it to slander people who don’t think exactly as you do and create even deeper rifts in an already-fractured society. Palin could’ve used this book to try and bring an end to the fake “War on Christmas.” She could’ve told the truth about why atheists fight Christian displays on public property. She could’ve refrained from taking cheap shots at people who don’t have the power that she does. She would’ve still had a bestseller. Instead, she used this opportunity to say the nastiest things she could about people on the other side of the aisle.

I want to say this book deserves to be ignored, but it’s probably better remembered as another piece of Palin’s legacy, another example of her taking an incredible opportunity that the rest of us could only dream of and squandering it because she couldn’t control her spite, bitterness, and insatiable need to boost herself at the expense of others.

January 3, 2014 Kobus van Rensburg, Christian 'Prophet' Who Preached Immortality, Is Dead (and Not Coming Back)
Browse Our Archives
What Are Your Thoughts?leave a comment