Stop Spreading the Story About the Pastor Who Drowned After Attempting to Walk on Water January 3, 2014 Hemant Mehta

For some reason, there’s a story making the rounds again about a pastor who tried to walk on water… and drowned: 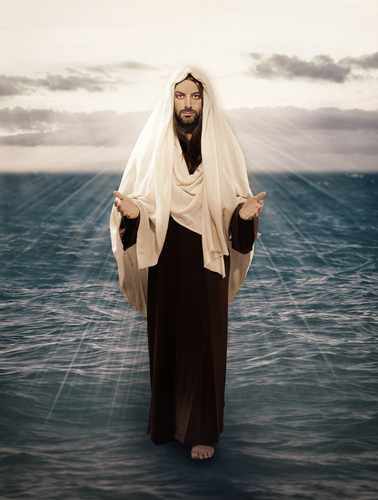 … An evangelist who tried replicating Jesus’ miracle of walking on water has reportedly drowned off the western coast of Africa.

Pastor Franck Kabele, 35, told his congregation he could repeat the biblical miracle, and he attempted it from a beach in Gabon’s capital of Libreville.

‘He told churchgoers he’d had a revelation that if he had enough faith, he could walk on water like Jesus,’ an eyewitness told the Glasgow Daily Record. ‘He took his congregation to the beach saying he would walk across the Komo estuary, which takes 20 minutes by boat.

Let’s put on our Snopes hat for a bit…

This story initially went viral in 2006 after WND, the Christian tabloid that cares little about the truth, posted about it. It’s been repeated in several sources ever since. Needless to say, WND is not a credible source for anything.

Furthermore, I dare you to find evidence of what church Kabele led. Or pictures or video of the water-walking attempt (it was 2006; it’s not like that technology wasn’t available). Or, frankly, anything about the pastor outside of stories about how he supposedly died.

A search for the pastor’s name on the Daily Record‘s website also comes up empty.

Yes, it’s amusing to believe someone would be so foolish as to actually try walking on water… at least water that hasn’t turned into ice. But we skeptics of all people shouldn’t be so gullible as to believe this without more evidence.

January 3, 2014
Nine-Year-Old Boy Reported Abuse By Mother Spouting Godly Pieties; She Ends Up Kicking Him to Death
Next Post