Nine-Year-Old Boy Reported Abuse By Mother Spouting Godly Pieties; She Ends Up Kicking Him to Death

If you believe Synthia Varela-Casaus, nine-year-old Omaree’s death was an accident.

“I was disciplining him, I kicked him the wrong way. It was an accident,” Varela-Casaus [Omaree’s mother] said to reporters on Saturday afternoon as Albuquerque police officers took her into custody. 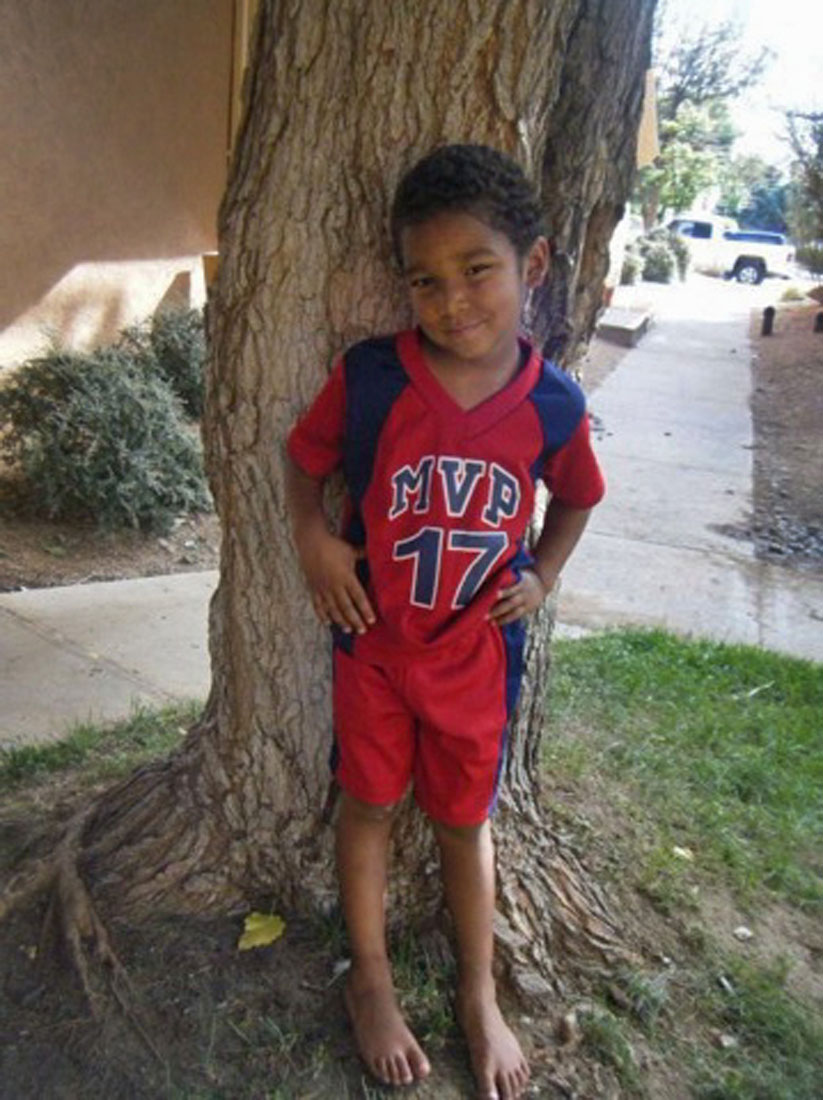 She initially told police her 9-year-old son was playing with his 3-year-old brother when the older brother was thrown from a bouncing toy horse and hit his head.

Not unlike Ariel Castro, Varela-Casaus delighted in updating her Facebook page with sugary sentiments about God’s benevolence. In the days before Omaree’s death, she took to Facebook to ask Jesus to “please put a hedge of protection over all the children in the world,” and she called her three own children “precious angels”:

MOMMY LOVES YOU MY PRECIOUS ANGELS OMAREE, NEVIAH, AND LIL ESTEVAN. GOD BLESS YOU AND ALWAYS KNOW YOUR MOMMY IS HERE FOR YOU WRONG, RIGHT, OR INDIFFERENT I PRAY FOR YOU GUYS EVERY DAY AND NIGHT GOOD NIGHT MY LIL ANGELS MAMA LOVES YOU

Estevan and Neviah are now being cared for by the state.

Omaree’s MVP shirt in that photo from a few years ago hit me hard, but here’s perhaps the most heartbreaking part of the story:

The New Mexico Children Youth and Families Department was already investigating the home after the boy allegedly threatened to harm himself and reported prior abuse [to school authorities]. CYFD says it cannot comment on the case.

Despite Varela-Casaus’ prayerful invocations, I guess neither the CYFD nor Jesus saw fit to supply that “hedge of protection.”

January 3, 2014
2013 Was a Terrible Year for Evolution... but Only if You Tried to Teach It At a Christian School
Next Post