2013 Was a Terrible Year for Evolution… but Only if You Tried to Teach It At a Christian School January 3, 2014 Hemant Mehta

Karl Giberson (below) has a PhD in Physics from Rice University and once held the title of Vice-President of The BioLogos Foundation, a group that attempts to reconcile faith and science. That blemish aside, you can imagine the trouble he got in when he attempted to teach evolution at a Christian institution. Even though the science he taught was sound, the administration, along with parents and donors, wanted him to lie to the students and teach Creationism instead. He refused to do that and had to leave as a result. 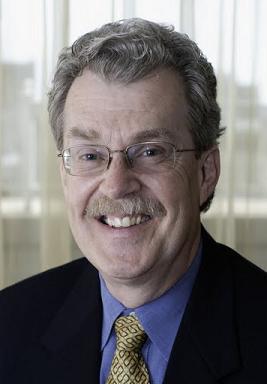 In an article for The Daily Beast, he says 2013 was a “terrible year for evolution”, but his story indicates that it was only terrible if you were a professor at a Christian school trying to convince a bunch of people living inside a bubble that they were misinterpreting the Bible at the expense of reality:

Anti-evolution, and general suspicion of science, has become such a significant part of the evangelical identity that many people feel compelled to choose one or the other. Many of my most talented former students no longer attend any church, and some have completely abandoned their faith traditions.

Productive scholarship that would be highly valued at other institutions became instead a major liability. Administrators complained that I was too controversial and creating public relations problems — not because they disagreed with what I said but because I was no longer just whispering it quietly in the classroom. Youth pastors informed the admissions office at the college that they were discouraging students from attending the college because it promoted evolution. Affiliated churches withheld financial support. Donors went elsewhere with their money.

Not all Christian schools do this, of course, but the ones where evolution is seen as a conspiracy instead of as the culmination of evidence are precisely the places where students need to be re-educated. Giberson’s experience reminds us that those schools are only good for one thing: Indoctrination. They don’t produce students who graduate ready to enter the real world; instead, they suck in students who pay tuition in order to be lied to by people they think they can trust.

2013 wasn’t a terrible year for evolution. It was just a(nother) terrible year for Christian education. Any school of “higher education” that says there’s only one textbook that matters and that all of reality must fit within the confines of that book even when it obviously doesn’t is part of the problem.

The benefit to schools like that, as Giberson notes, is that students willing to actually educate themselves end up learning the science and leaving the faith. Win win! Meanwhile, those schools that think the Book of Genesis is more trustworthy than fossils and DNA are forcing out qualified educators, making the learning environment even worse for the already-handicapped students.

Giberson would be doing these students a bigger favor not by trying to convince them evolution and Christianity are compatible, but by encouraging them to transfer to real schools when evidence and logic aren’t seen as liabilities.

January 3, 2014 Nine-Year-Old Boy Reported Abuse By Mother Spouting Godly Pieties; She Ends Up Kicking Him to Death
Browse Our Archives
What Are Your Thoughts?leave a comment