VeggieTales Creator: Christians Avoid Teaching Kids to Think Critically Because They Might Do It January 1, 2014 Hemant Mehta

VeggieTales Creator: Christians Avoid Teaching Kids to Think Critically Because They Might Do It

A couple of months ago, Philosophy professor Peter Boghossian released a book with a very blunt title: A Manual for Creating Atheists. 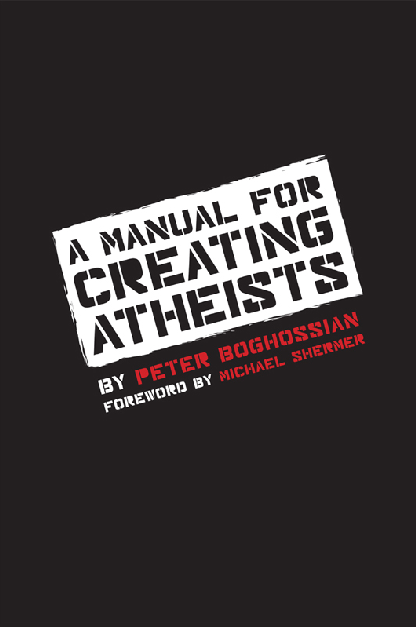 Phil Vischer, the Christian creator of the popular VeggieTales series, discussed the book (with his faith-filled colleagues) on his podcast recently and the discussion around the 40:15 mark is striking for how honest it is regarding the intersection of Christianity and critical thinking:

Vischer [possibly reading from Boghossian’s book]: Here’s what I want to do. I want to encourage parents and Christian educators to teach critical thinking skills… do you know why we don’t do that?

Vischer: ‘Cause we’re afraid our kids will actually use them.

Jethani: And they might come to a different conclusion.

Vischer: And they might come to a different conclusion than we have come to.

Vischer: … some in the home-schooling movement, because of Michael Farris who’s the head of the [Home School Legal Defense Association] and founded [Patrick Henry University]… he’s been encouraging home-schoolers to learn forensics and debate so that they can debate the world… And so home-schoolers are debating and kids are learning how to debate, but what’s happening that no one foresaw is some of these kids are using their new critical thinking skills to question their parents’ beliefs, and parents are becoming very upset.

That’s precisely why it’s important, especially as atheists, that our kids learn how to think instead of what to think. If they know how to think critically and ask the right questions, they’ll eventually find their way to the correct answers. On the other hand, if parents tell their kids that evolution is a conspiracy, or that Jesus was born of a virgin mother, or that David Barton knows what he’s talking about, the pesky truth will eventually lead to a hell of a lot of cognitive dissonance and the child will learn to abandon the Bible-based thinking in favor of something more reliable.

January 1, 2014
Mormon Duo in Australia Hits Passer-By Just For Fun, Puts Him in a Coma
Next Post