The Downside of TED Talks as ‘Secular Megachurches’ 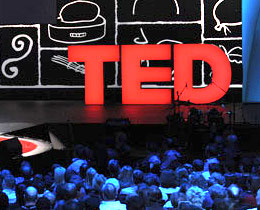 Bouncing off some of the issues about seculars and the need (or lack thereof) for religion and church-like ritual I and others have been posting about over the past couple of days, I tweeted this yesterday:

Ha ha ha, right? If you’ve read more than a handful of my work, you’ve already seen me go on and on about how I half-jokingly consider Apple my “religion” and The Steve (peace be upon him) my prophet. Ha ha ha. Old news.

But when I made that tweet, I had no idea that this piece by Benjamin Bratton in The Guardian would go up hours later (thereby confirming my psychic powers). The subject? How TED talks have become, as Bratton describes them, “middlebrow megachurch infotainment.”

The quickly sum up, Bratton worries that TED’s influence presages the Malcolm-Gladwellization of science, despite recent moves to kick pseudoscience out:

Recently there was a bit of a dust up when TEDGobal sent out a note to TEDx organisers asking them not to not book speakers whose work spans the paranormal, the conspiratorial, new age “quantum neuroenergy”, etc: what is called woo. Instead of these placebos, TEDx should instead curate talks that are imaginative but grounded in reality. In fairness, they took some heat, so their gesture should be acknowledged. A lot of people take TED very seriously, and might lend credence to specious ideas if stamped with TED credentials. “No” to placebo science and medicine.

But … the corollaries of placebo science and placebo medicine are placebo politics and placebo innovation. On this point, TED has a long way to go.

The main complaint is that TED talks, according to Bratton, emphasize the science and innovation that feel good when presented in a 20-minute talk, versus what’s real or genuinely significant. As a result, less immediately-exciting research and developments lose out to the latest concepts that are more whiz-bang, but less meaningful.

And I suppose, in that way, there is a kind of “churchiness” about them, a gee-whiz awe-inducement about the Great Beyond which may or may not actually exist or come to pass. Religions offer afterlives and universal spirits, TED (sometimes) offers technologies or social science concepts that blow the mind, and that The Future will take full advantage of to the benefit of all. If we just believe.

In a way, it’s not entirely fair to TED-talkers. For one, they host plenty of talks grounded fully in reality and hard science. Other times, they host talks that genuinely spark new ways of looking at complex problems, or draw connections that deserve attention. But I suppose the point is that it’s hard to know which is which, and especially to the secular layperson, to decide requires a little too much faith.

December 31, 2013
Religious Right Group Criticizes Me for 'Promoting Hostility Toward Christianity and Goodwill Toward Sexual Deviance'
Next Post