Let’s All Wonder About Obama’s Religion Some More 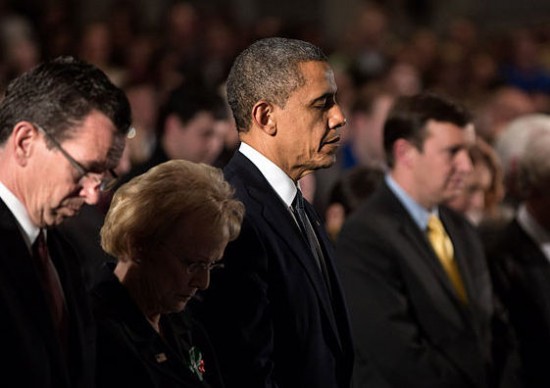 Ah, the timeless question that has plagued mankind since the dawning of, well, 2007 or so: What religion is President Obama, really?

I think it’s a fairly silly question. But we have right-wingers who suspect, nay, insist, that he’s a Muslim. On the other side we have atheists like Bill Maher who are certain that Obama is one of us (though Maher also thinks the Pope is an atheist, which I think is quite a reach). For me, personally, I think it’s best to take the man at his word, that he’s a Christian, until some overwhelming evidence suggests something else. Like, for example, him saying “I’m actually an atheist.” That would probably convince me.

All that said, his particular version of Christianity remains murky to many who care about this kind of thing. As the holidays now pass us by, Ashley Parker at the New York Times notes that the Obamas have not attended any Christmas church services since coming to Washington, nor have they chosen an “official” church as their religious home in DC, choosing instead to visit a variety of them, and even then they haven’t gone all that often.

Perhaps, however, that’s how the president is most “representative” of America’s religiousness generally. As Parker notes, “his religious habits appear to be in step with a changing America,” one with fewer attending church generally, many folks coming in and out of faith traditions, and a rise in the unaffiliated. In that mix, the vagueness of Obama’s Christianity may fit right in.

Those within the president’s coterie are, of course, quick to point out that though Obama’s faith is hard to pin down, it is still deeply felt. Let no one mistake him for an atheist or a lapsed Christian! (See the previous post on atheism as a “poison pill” in politics for more on that.) Josh DuBois, who used to head the Faith-Based office and sends the president daily devotionals by email, told Parker:

He has a serious practice of faith even though he doesn’t necessarily wear it on his sleeve. . . . The important thing to President Obama isn’t where you worship God, but how you serve God by serving other people.

Sure, sure. And look, even if he is an atheist, or anything else for that matter, it doesn’t really matter unless he acts on those beliefs. It’s meaningless to speculate as to whether he’s a “secret atheist” or what have you if he still allows the Faith-Based office to let fund recipients discriminate in hiring, if he appears at the National Prayer Breakfast, or fights on the side of prayer at legislative sessions. If he’s the kind of Christian that DuBois describes, and that’s how he behaves, then fine. We could do far worse than someone who emphasizes “serving other people,” I suppose.

December 29, 2013 Are Psychotropic Drugs at the Root of Religion?
Browse Our Archives
What Are Your Thoughts?leave a comment