The Badawi Apostasy Case and the Saudi Crackdown on Dissent December 28, 2013 Paul Fidalgo

The Badawi Apostasy Case and the Saudi Crackdown on Dissent 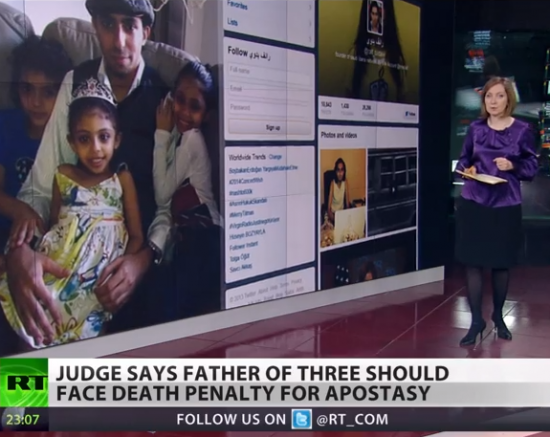 Russia-based news network RT covers the apostasy case against Raif Badawi, and his possible execution, in the video below. It includes reaction from Amnesty International, and some context from human rights activist Hala Al-Dosari, who notes that there is little to no actual evidence of Badawi’s alleged “apostasy,” other than a “general description of his attitude as unacceptable” to Saudi authorities.

As noted previously, Badawi has already been convicted and punished once, with seven years in prison and 600 lashes. That’s not a typo. Six-zero-zero.

The piece also follows up with a broader idea of the kind of medieval attitude the Saudi government has toward any dissent whatsoever from its standards of behavior, with imprisonments, floggings, and executions as punishment for simple things like women operating automobiles, or even fictional things like the practice of sorcery.

December 28, 2013
Is It Hypocritical for Atheists to Celebrate Christmas?
Next Post

December 28, 2013 Biblical Blockbusters Soon to Flood Theaters
Browse Our Archives
What Are Your Thoughts?leave a comment