Woman Charged with Blasphemy in Revenge for Refusing Arranged Marriage 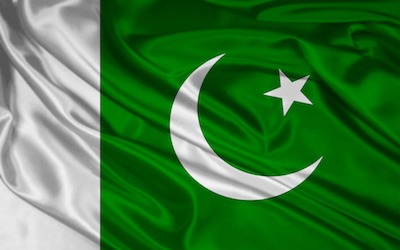 Atheist bloggers and antiestablishment protesters aren’t the only ones with blasphemy charges leveled against them. Sometimes the victims are the well-to-do. In February, for example, Pakistan’s ambassador to the U.S., Sherry Rehman, was charged with the crime of blasphemy for, get this, criticizing the blasphemy law on television in 2010. And today in Pakistan (again), we have the case of Eraj Sajjad.

According to The News International, Sajjad is the daughter of “a famous bureaucrat,” and had refused to take part in an arranged marriage. The would-be groom didn’t take kindly to the rejection, and filed blasphemy charges for allegedly “giving derogatory remarks on a very sensitive religious issue.”

In her letter, [Sajjad] narrated that she had escaped from her residence in Lahore because her parents wanted her to marry a businessman Imtiaz Alam against her will. According to her, Imtiaz Alam belonged to a wealthy family and was an influential person therefore he managed to register a false blasphemy case by using his influence and money against her to get revenge as she had refused to marry him. In her letter, she sought protection and withdrawal of the false blasphemy case against her.

Assuming all of this reporting is correct, it just goes to show how volatile these blasphemy laws are. Put aside how on their very face they’re absurd and horrific in their basic violations of fundamental human rights to freedom of thought, speech, and belief. But in addition, they’re also so vague and easily manipulated, that they are often wielded not for religion reasons, but simply to take revenge or harm political or business opponents. And here we go again.

Authorities thus far have refused to help her, and it’s reported that “her parents and . . . Imtiaz Alam turned against her and they all wanted to kill her in the name of honor.”

Blasphemy convictions in Pakistan can mean a death sentence.

December 27, 2013
Footloose 2013: Krumping, Tutting, Flexing, and Turfing Are The Devil's Way To Lead Your Soul to Hell
Next Post