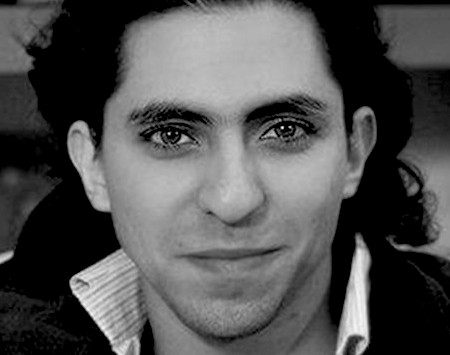 Saudi blogger and religious dissident Raif Badawi has been cruelly punished and toyed with by the Saudi legal system for about a year now, and things have taken a darker turn. According to Badawi’s wife, now living in Lebanon, the high court will try Badawi on the charge of apostasy. If convicted, Badawi could be executed.

This comes after a court opted not to charge him with apostasy in January, but did put him up on charges of “insulting Islam and showing disobedience.” How did they come to this decision? Badawi is the co-founder of a website called the Liberal Saudi Network, which is bad enough, but imagine the horror that washed over Saudi society with kind of action:

The evidence against him included the fact that he pressed the “Like” button on a Facebook page for Arab Christians.

As a result of this heinous behavior, in July, Badawi was sentenced to 600 lashes and seven years in prison.

Which was horrifying enough. But now it looks like Badawi is being brought up on apostasy charges in earnest. Badawi’s case is one of many being watched by the Office of Public Policy at the Center for Inquiry, where I work, and our Campaign for Free Expression. Browse the cases we have listed there, and you’ll see that, sadly, Badawi’s case is hardly unique.

Cases like this need more international attention, and those who position themselves as “allies” of Saudi Arabia, such as the United States, need to discover their consciences. How can the civilized world refer to itself as such when an ally practices such barbarism, it looks the other way?

December 26, 2013 A Video Game Fit for a God
Browse Our Archives
What Are Your Thoughts?leave a comment