Atheist Says Challenging Religion is ‘Cruel,’ Nonbelief is for the Wealthy 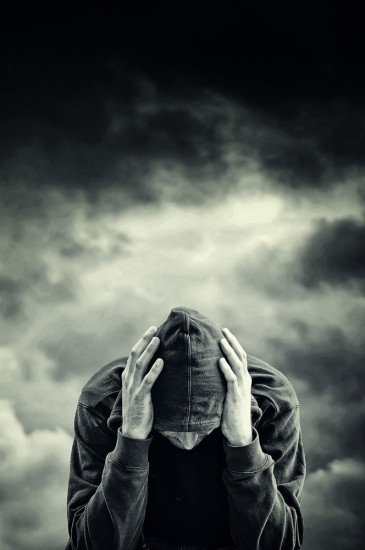 Chris Arnade has a PhD in physics, used to work on Wall Street, and now works with the homeless. He is an atheist, but just about none of the people in trouble that he works with are, calling them “some of the strongest believers I have met, steeped in a combination of Bible, superstition, and folklore.” In a piece he wrote for The Guardian, he seems to be saying that this is more or less how it should be. And why? Because it is in this religion and superstition that they find hope.

In doing so, he unfortunately invents a heartless atheist strawman:

Is there anyone doing this? Is there any atheist activist or celebrity who is targeting the downtrodden and brazenly attempting to force the blessings of godlessness on them? Of course not.

Instead, many organized atheist groups and individuals trying to lend aid without any theological (or atheological) strings attached.

Arnade concludes that atheism is something that is really only tenable for those who “have done well,” or at least are not struggling to such an extent as the subjects of his work are. Certainly, it is easier to step back and take a critical look at supernatural claims if one is not constantly worried about one’s safety or ability to feed one’s family. Of course those who are desperate are more vulnerable to seeking a grain of hope wherever they can find it, even in the ephemeral or fictional.

Arnade recalls his 16-year-old self who, as he tells it, snidely turned his nose up at believers in fragile and desperate situations.

I want to go back to that 16-year-old self and tell him to shut up with the “see how clever I am attitude”. I want to tell him to appreciate how easy he had it, with a path out. A path to riches.

I suppose Arnade has caught Dawkins lurking around, being extremely nasty to people in the streets, telling them how stupid they are.

Look, I understand that many atheists can be uncomfortable with confrontation of religious claims, and I even understand that one can take issue with the tactics or rhetoric of certain groups or figures. None of them, not Dawkins, not Hemant, not the big atheist groups (including my own), and definitely not me, get it right all the time. (I’m kidding, Hemant, you always get everything right. Please don’t fire me.) The magic force field our culture has placed around religious belief and superstition makes every discussion and debate fraught with tension and tender sensitivities.

But Arnade makes a mistake by castigating atheism-writ-large as some heartless, elitist club of buzzkills and dream-crushers. For many, if not most of us, our decision to be public and active about our atheism and our opposition to religion stems from a desire to see the world at large lifted out of a morass of bad and oppressive magical thinking. Flawed as we are, we are trying to make things better.

If religion is giving desperate people hope, rather than shake a finger at those who argue against religion, perhaps we should be working as hard as we can to give these people something other than religion to lean on. Something real that actually solves problems, rather than mystical falsehoods.

To leave things as they are, to allow religion to continue its infestation in the lives of those who deserve something better, just because it seems like the nicer thing to do in the short term, I think that’s what’s patronizing and elitist.

December 26, 2013 Eat This McNugget, For It Is My Body
Browse Our Archives
What Are Your Thoughts?leave a comment