Yesterday, UK supermarket Marks & Spencer made headlines with a policy that allowed Muslim employees to refuse to handle things like alcohol and pork that are against their religion, and even refuse to sell them to customers. Terry Firma began a discussion on that general topic on this site yesterday. It may be however, that this was misunderstood.

Here’s the Independent on the walkback:

Previously the supermarket said Muslim staff can refuse to serve customers who are trying to buy pork or alcohol.

But a spokesperson for M&S last night said: “Where we have an employee whose religious beliefs restrict food or drink they can handle, we work closely with our member of staff to place them in suitable role, such as in our clothing department or bakery in foods.

“As a secular business we have an inclusive policy that welcomes all religious beliefs, whether across our customer or employee base… We apologise that this policy was not followed in the case reported.” 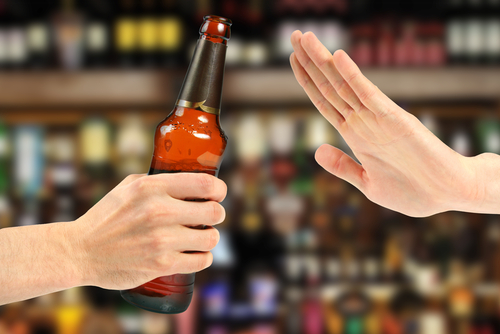 The problem seemed to be with an isolated incident with one Muslim employee who had to demur when a customer sought their help with champagne. Marks & Spencer then gave a vague statement saying, “where specific requests are made, we will always make reasonable adjustments to accommodate them, whilst ensuring high levels of customer service.” But, assuming the new clarifications from M&S are true, it looks as though this is more of a case-by-case basis kind of situation, rather than a blanket policy of religious accommodation across the board.

Taken at face value, it’s very respectful. It says that M&S wants to hire a certain person, and they’re willing to make small adjustments when necessary if that person’s religion requires it.

Interestingly, Richard Dawkins had tweeted in response to original story:

And lo and behold, Newsthump, an Onion-like satire outlet, reported this:

A supermarket worker and strict adherent to the teachings of the Flying Spaghetti Monster has been criticised after refusing to sell customers any pasta-based products.

Shelf stacker Simon Williams, who works for Morrisons in Bradford, said that handling pasta is against his strict religious beliefs and that no-one should be able to force him to do his job – even if it involves something that’s all around him all day, every day.

Williams told reporters, “His supreme noodliness teaches us that pasta is his body, and as such it should be revered – not consumed as part of a balanced diet like these so-call ‘scientists’ keep telling us.”

I think for me, I might claim a religious accommodation that requires that I always be in possession of an Apple device while on the job, lest I anger The Steve (peace be upon him).

December 24, 2013
Church Group Prays For Addicts, 'Helps' Them Even More By Asking People to Narc On Them to SWAT Unit
Next Post

December 24, 2013 Atheist Banner in Illinois Vandalized the Same Day an Article About It Appears in Local Paper
Browse Our Archives
What Are Your Thoughts?leave a comment