What Do You Think Happened to This Young Mormon After He Came Out of the Closet? December 23, 2013 Terry Firma

What Do You Think Happened to This Young Mormon After He Came Out of the Closet?

Jamison Manwaring got to the point where he couldn’t keep lying about who he is. Back in March, he finally announced that he is attracted to men, using a medium that could hardly be more public: a video he posted to YouTube. 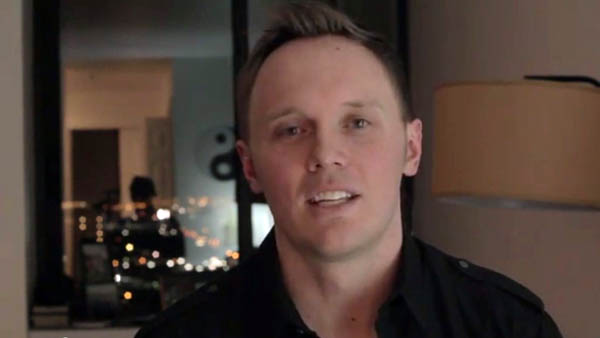 Manwaring is a Mormon, as is his extended family … so we all know where this is going. Cue the angry disappointment from his relatives, the shaming by his fellow believers, the ostracizing by his peers, the gay-baiting comments on his Facebook page.

But here’s the funny thing. What Manwaring found in his Mormon community was love and acceptance, of all things.

NPR has the story:

[Jamison’s brother] Jonathan on learning that Jamison was gay:

“It was definitely a shock and definitely changed my worldview in a lot of ways. I guess I never conceptualized the lonely paths people walk. … Now I feel like just being able to do that has just opened my mind and my ability to reach out to others.”

What [his sister-in-law] Rachel tells her five young children about their uncle:

“I was so grateful, when Jamison came out, that we could be so open with our children. They have a gay uncle, and that doesn’t change anything. We grew up with this idea of just this deviant lifestyle, and just kind of unknown. For my kids, gay is not scary. It’s not strange, it’s not gross: It’s very normal.” …

What Jonathan wants for his brother:

“I would want him to experience being able to share his gifts, his talents, his love with somebody else and to have a family. I would want that for him, for his happiness. I think our church community would be better off if we would allow our church members who are homosexual to stay with us.”

As for Jamison’s mom and dad,

His parents have given him lots of love, even if they haven’t fully supported his gay lifestyle, Manwaring says.

“I live right in the city [Salt Lake City],” he says. “I need my church community, and so I’m glad I can be fully gay, fully out at church.”

No doubt, homophobia is still rife within much of the Mormon faith. On the other hand, stories like Jamison’s are incredibly heartening, and a sign that even in some of America’s more ossified religious environments, change is more than possible — it is occurring.

December 23, 2013
A Response to the Question Atheists Always Get: 'What if You're Wrong?'
Next Post