The Truth Behind a Viral Photo Claiming to Show ‘Christian Persecution’ December 23, 2013 Terry Firma
Patheos Friendly Atheist. ... Want more from the Friendly Atheist? Get our FREE Newsletters and special offers!

The Truth Behind a Viral Photo Claiming to Show ‘Christian Persecution’

I came across another falsified claim of brutal anti-Christian oppression today. 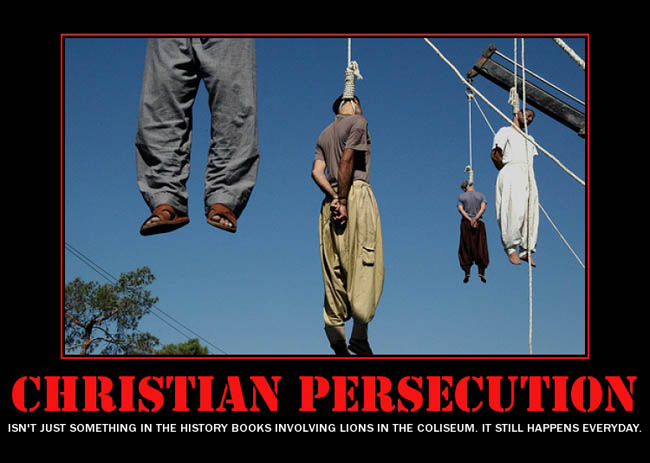 Predictably, this image and its caption were shared thousands of times, including on Facebook and other social media, by Christians eager to advance their religion’s core “woe is us” narrative.

Let’s see if we can find the origin of the picture, and the story behind it.

It turns out to be an Agence France Presse photo, to which Getty has distribution rights. Here’s the same shot, as presented in Getty’s vast online catalog: 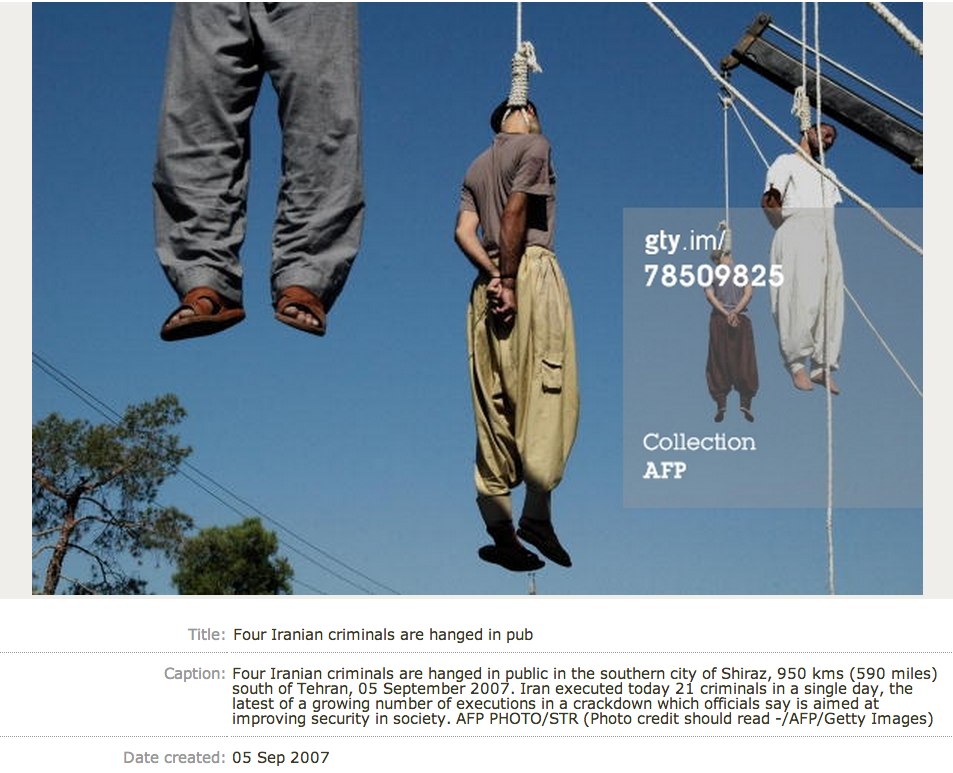 Good: now we have a date and a location. It’s easy to find the matching news report, courtesy of Hürriyet and Reuters.

“Iran hangs 21 criminals, drug smugglers,” says the headline, and by paragraph six we find out who the four men in the photo were:

Four other offenders were put to death in public in the southern city of Shiraz after being convicted of banditry, smuggling and other crimes, the Fars News Agency said.

I should point out that the people behind this hoax presumably subscribe to the Ten Commandments, including the one against bearing false witness.

The photo in question is an almost obscenely well-composed attention getter, so I can see why various groups might want to claim it for their purposes, no matter how wrong and mendacious that is.

The Jewish Chronicle, pushing its own agenda, published the same photo and called the executed men “dissidents.” A pro-LGBT blogger falsely claimed they were gay, and some Internet commenters were happy to perpetuate that fallacy.

As for the meme at the top of this post, given that there’s no dearth of actual oppression of Christians in most majority-Muslim countries, it’s galling — and a disservice to real victims of religious persecution — that these lies are considered necessary at all.

P.S.: I unsuccessfully tried to find instances of atheists or agnostics lying about the photo to advance their cause. If such appropriations exist, and you know where, please let me know; I’ll add them to the record, right here.