If You Put This Sign on a Christian’s Lawn, You’re a Jerk December 19, 2013 Hemant Mehta

If You Put This Sign on a Christian’s Lawn, You’re a Jerk

Seriously, atheists, I don’t know which one of you did this, but it looks like you did this and it’s unacceptable.

Yesterday, we learned about an anonymous note sent to a family telling them they should reconsider their “flagrant display” of Christian beliefs… because there was a Nativity scene on their front lawn. (Which, I should point out, is perfectly legal and fine.)

Now, Paul Cox of the Sacramento Freethinkers, Atheists and Nonbelievers posted on the group’s Facebook page images of signs that appeared in front of (and across the street from) his Christian father’s front-lawn display: 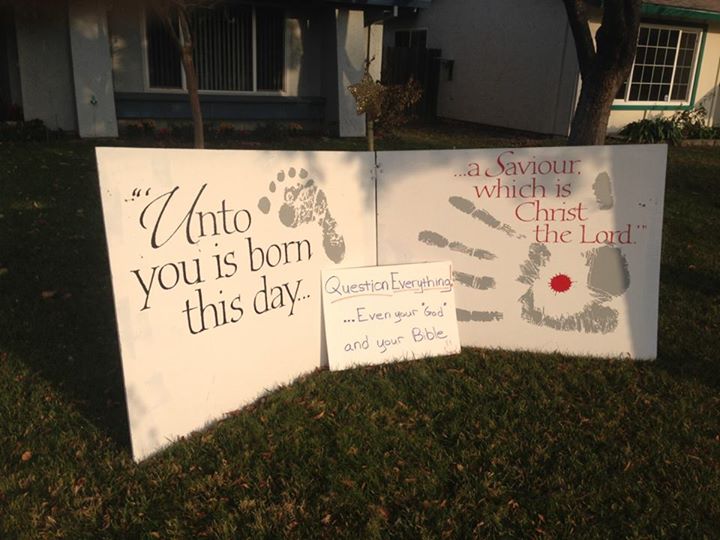 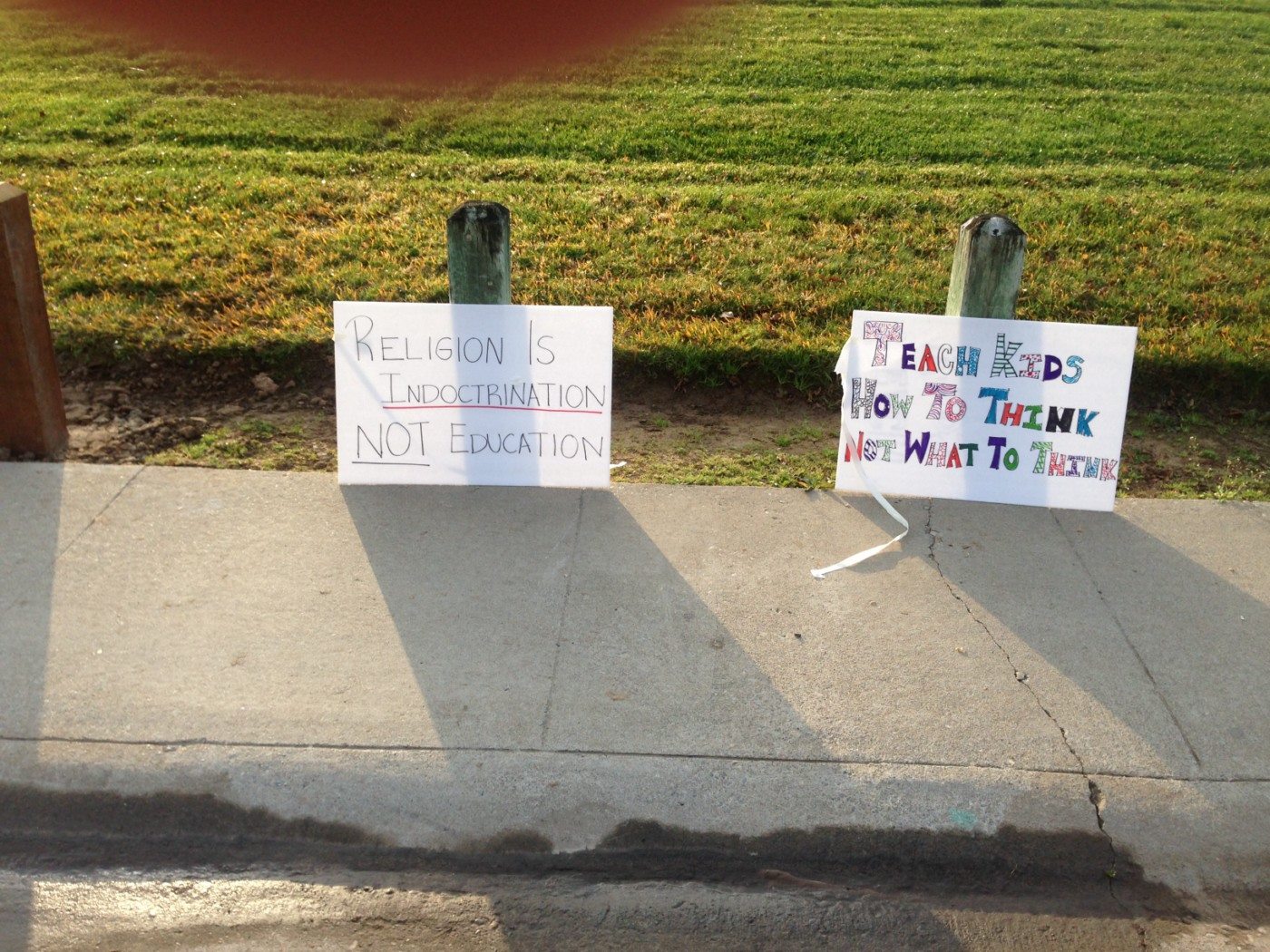 Again, we don’t know who did this… but stop it. Whoever it is, just stop. You’re an asshole. Christians can put whatever religious displays they want on their property and they shouldn’t have to fear any sort of response, even harmless signs like these, on their property.

If you disagree, put up those signs on your own lawn. It’s that simple.

***Update***: KCRA, a local news affiliate has reported on this story. Thankfully, they briefly included a well-spoken atheist:

The group Freedom From Religion Foundation recently plastered Sacramento with billboards of their own.

But members are adamant the anti-religious signs are not their doing.

“It’s OK to be an atheist is our message,” said Judy Saint, of Freedom From Religion, from inside her Roseville home. “But it’s not OK to trespass or cover up somebody’s sign.“