It’s a Christmas Miracle! New Study Shows That 1% of Women Claim to Have Virgin Births

***Update***: BMJ is known to write parody papers in their Christmas edition. So while the material below is plausible, take it with a grain of salt. It’s likely a hoax.

(In a related study, 1% of women lie to researchers.)

The headline’s serious, though it requires a little more explanation.

A new report published in the Christmas edition of BMJ shows that 0.8% of women who became pregnant also claimed, at the time when the child would have been conceived, that they were not having sexual intercourse: 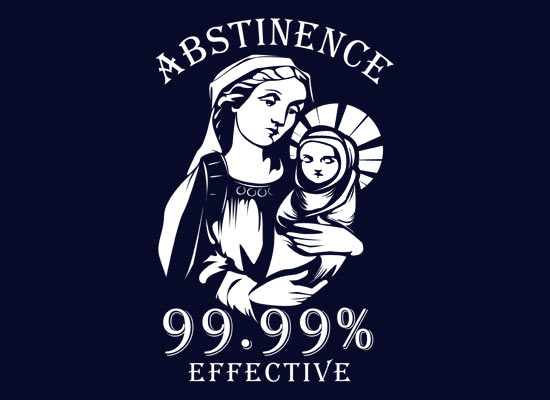 Based on interviews with 7,870 women and girls ages 15-28, 45 of the 5,340 pregnancies in this group through the years — 0.8 per cent — occurred in women who reported that they conceived independent of men. The figure does not include pregnancies that result from in vitro fertilization or other assisted reproductive technology.

The girls were 12 to 18 years old when they entered the study in the 1994-95 school year and were interviewed periodically about their health and behaviour over 14 years, including via computer as a way to encourage them to be candid when answering questions about their sexual history.

The 45 women and girls who became pregnant despite, according to what they told interviewers, being virgins at the time of conception differed in several ways from peers who acknowledged that men had had a role in their procreation.

So why would they lie…?

Turns out nearly a third of them had signed pledges saying they wouldn’t have sex before marriage. Hell, they may have been wearing purity rings as they got it on.

They “Virgin Birthers” were also “more likely than non-virgins to say their parents never or rarely talked to them about sex and birth control.”

They were also less likely to know how to use a condom.

And, I’m assuming, they wanted to sound like they were chaste, even to the researchers who didn’t know them, and even though the evidence to the contrary was growing right inside of them. (It’s also possible they didn’t realize that they technically had sex.)

I love the conclusion:

The researchers found that although the mothers in question were more likely to have boys than girls and to be pregnant during the weeks leading up to Christmas, neither similarity to the Virgin Mary was statistically significant.

You’ll be interested in knowing there were a few “virgin fathers” as well.

(Thanks to Christopher for the link)