The War on Christmas meme must not be going too well if you have to resort to making shit up.

How about this wild tale: A San Francisco elementary school suspended a 9-year-old student the other week because he wished the homeroom teacher “Merry Christmas.” The teacher is an “outspoken Atheist”; obviously, therefore, the student’s insolent act of cheer and holiday spirit had to be punished. 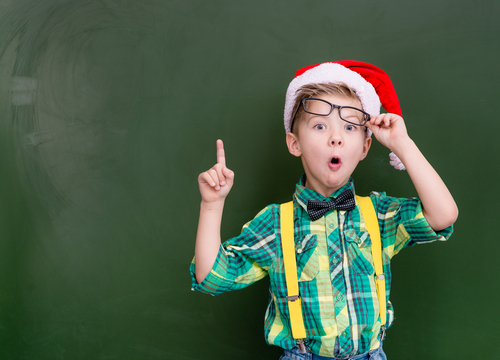 It’s not even remotely true, but the hoax went viral anyway.

The rumor originated about six days ago on what appears to be a satirical website called the National Report, which features content designed to look like real news stories.

A story on the site said a fourth-grader at “Argon Elementary” in San Francisco was given a weeklong suspension for saying “merry Christmas” to his homeroom teacher, an atheist. The site later changed the school name to “Anon.” …

The story also named the boy, the boy’s mother and the teacher – none of whom exist.

Still, the hoax went viral, with the National Report site garnering about 20,000 likes and shares on Facebook as of Tuesday. Nearly 400 links were made to the original story on Twitter feeds. Dozens of online sites picked up the story, many of them leaning to the political right and each spreading the rumor further afield.

The fake story claimed the incident exemplifies the ongoing “war on Christmas,” a debate that some cable networks and talk show hosts say has taken root in such liberal bastions as San Francisco.

Here, for your amusement, are some of the responses to the National Report story: 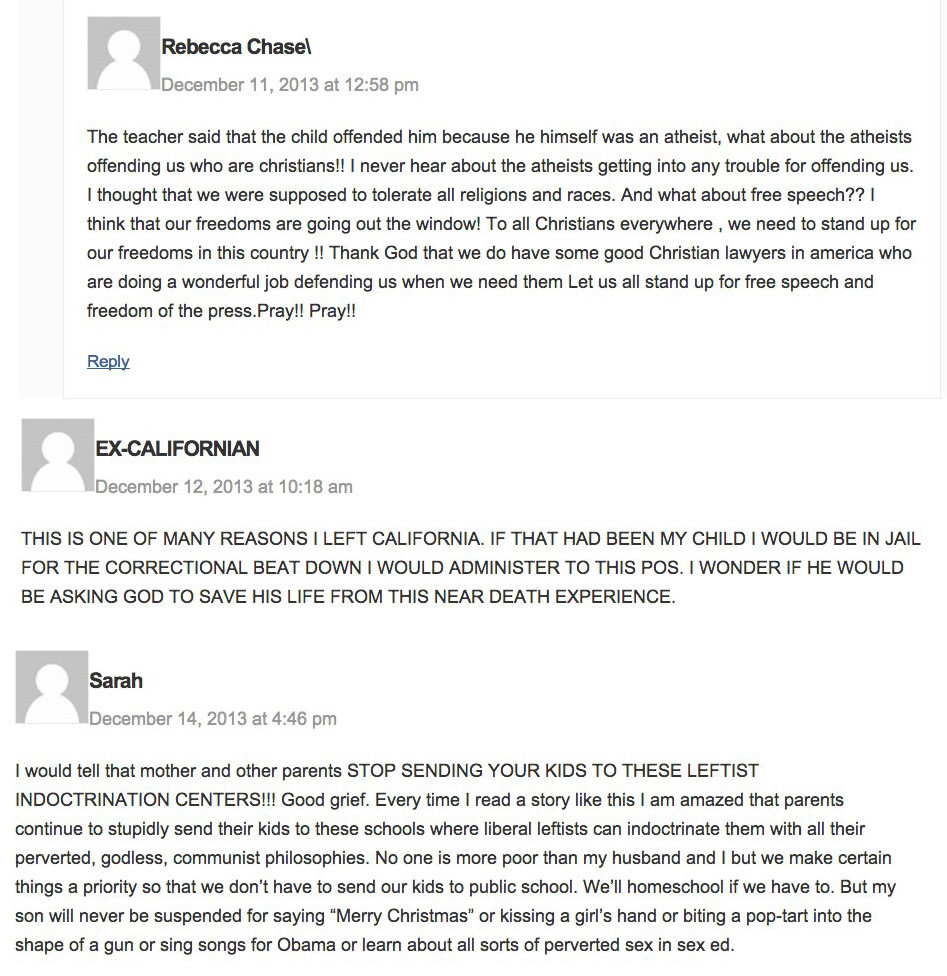 Whoever perpetrated the hoax also set up a Google+ page under the name of the putative teacher, and filled it with outrageous, hateful little snippets such as

I wish I could piss on all my students that believe in Jesus.

For the record, there is no Argon (or Anon) Elementary School in San Francisco. There is an Argonne Elementary, however. You can guess the rest.

The nasty calls and e-mails started to hit the real Argonne elementary on Thursday and have continued this week, district officials said. “You don’t expect to have to deal with this at this time of year,” [district Assistant Superintendent Leticia] Salinas said. “What was mostly upsetting was some of the references of what people should do to the teacher.”

The Argonne school secretary spent hours answering the phone, explaining to irate callers that the story wasn’t true. Most were surprised and simply hung up.

The district assigned an extra security officer to the school, and police have increased their patrols of the campus.