When it Comes to Honesty and Ethics, Only a Third of Young People Trust Clergy Members December 17, 2013 Hemant Mehta

When it Comes to Honesty and Ethics, Only a Third of Young People Trust Clergy Members

Gallup released a poll yesterday marking the differences in levels of trust when compared to one’s political party. For example, 68% of Republicans trusted police officers, while only 44% of Democrats said the same.

When it came to members of the clergy, there was a similar differential: 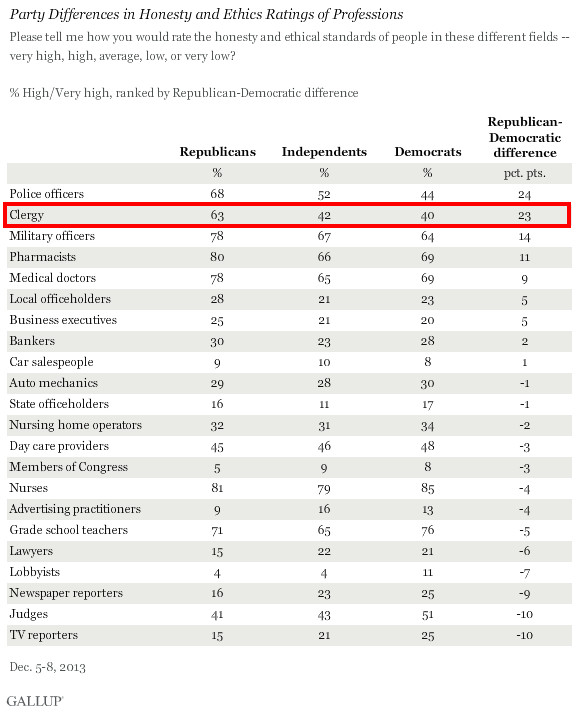 Not too surprising, really. The Religious Right is intertwined with the GOP, so you would expect there to be a higher level of trust for clergy members in that party.

But here’s where it got interesting. When you parsed the numbers by age, only a third of people 18-34 said they trusted the clergy: 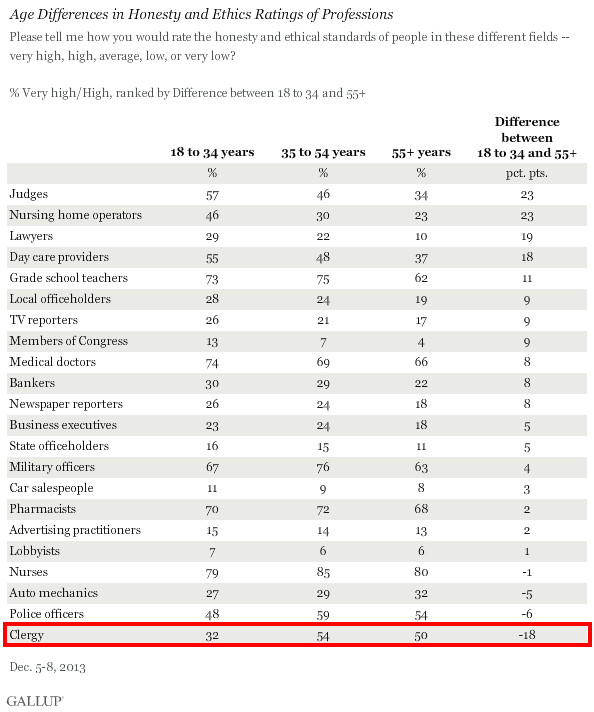 This is the effect of the Nones: Not only is faith in faith fading fast, but faith in the leaders of faith is dropping.

And there’s more of a difference in perception between younger and older people when it comes to religious leaders than with any other profession.

They’re the ones who never earned the trust their title usually bestows upon them. And they’re not doing anything to regain it, either.

December 17, 2013
After Getting Rejected by One Company, Atheist Billboards Go Up in Vancouver Through a Different Vendor
Next Post