When I Wanted to Adopt Kids, the Agency Asked About My Religious Beliefs. What Would You Have Done? December 17, 2013 Terry Firma

When I Wanted to Adopt Kids, the Agency Asked About My Religious Beliefs. What Would You Have Done?

My daughters, now 11 and 9 (that’s them, posing for my camera), are adopted too. 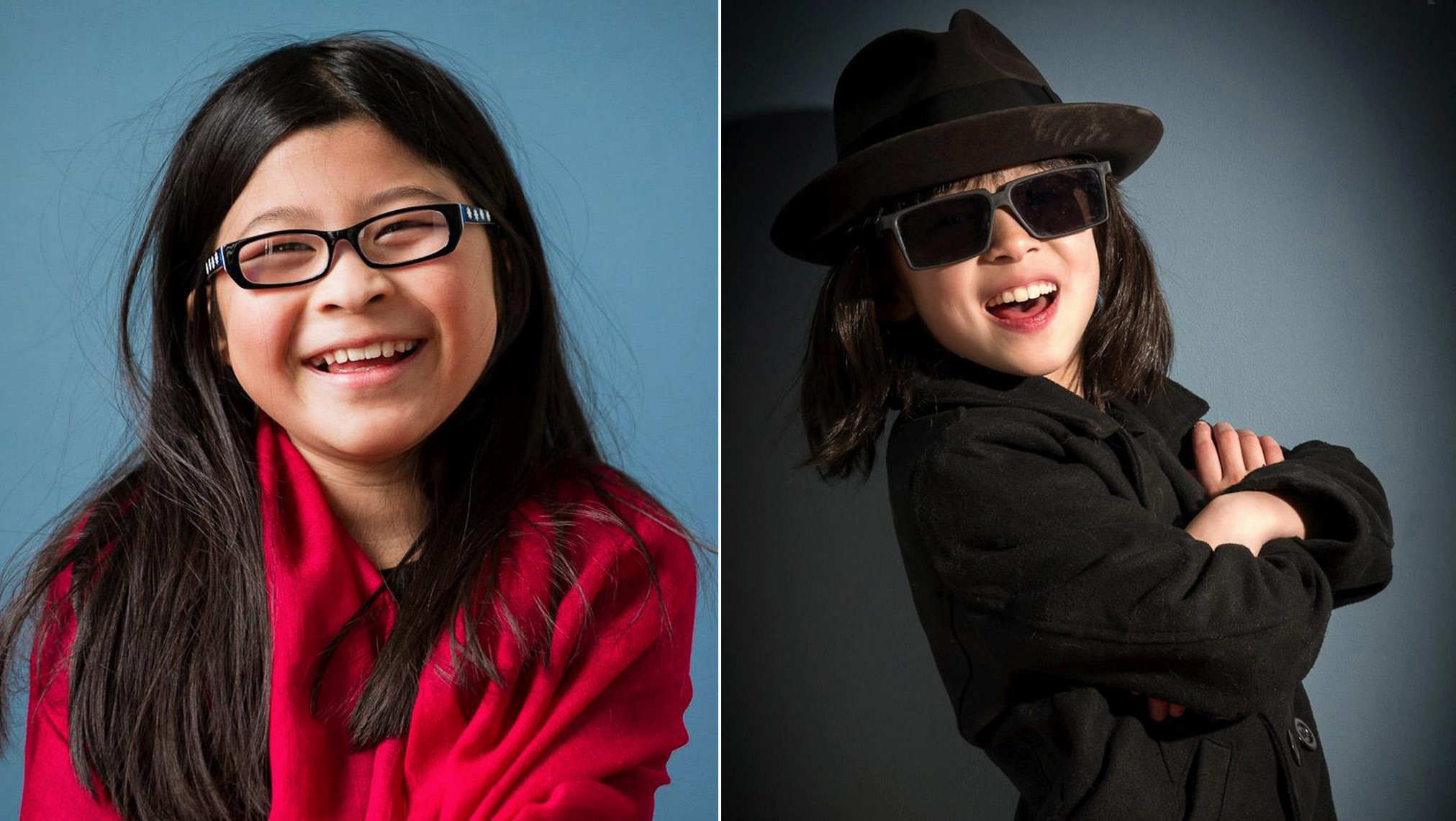 My wife and I worked through an international adoption agency, Gladney, that is at least nominally Christian, having been founded by a Methodist minister more than a hundred years ago. I wasn’t aware of this at the start, and wouldn’t have cared one way or the other. All that mattered to me was that the agency was staffed with experienced, caring, competent, and fair people. And it was. I have nothing but abundant praise for our case workers and everyone else up and down Gladney’s chain of command.

Throughout the years-long process, there was just one hiccup that had to do with religion.

Gladney asked us to submit letters of reference from friends and relatives; understandably, the agency was trying to make sure we’d make good parents. So a half dozen kind people who know us well attested to our sparkling characters. They basically wrote that yes, we can be trusted not to smoke crack around our kids, and that our idea of a good time does not involve the reckless discharge of firearms in brothels, gambling parlors, or children’s nurseries.

So what was the hiccup?

The agency’s “International Reference Letter Request for Adoptive Couple” asked the prospective letter writers to address nine points about us, including this one:

“Do they attend synagogue/church, to what extent do they participate in religious activities, and do they practice their beliefs in their daily lives?”

The other eight questions the agency wanted answered indubitably helped gauge our fitness for parenthood. Whether we’re emotionally stable is important to our adoptive kids’ welbeing. I get that — I want the agency to ask about that. The same goes for the safety and cleanliness of our home, our financial security, whether we have a history of alcohol or drug abuse, and so on.

But the religion question stood out for its utter irrelevance. Whether or not I believe in a higher being, and whether or not I frequent a house of worship, is a terrible predictor of what kind of parent I’ll be. To suggest otherwise is to disparage the tens of millions of Americans who do not subscribe to a theist worldview.

From what I could gather, though, Gladney didn’t ask about religious beliefs as a litmus test. We probably wouldn’t get turned down if our frequency of church visits was found wanting. But that only reinforced my point. If the question of an adoptive parent’s religion has no bearing on whether — or how — the agency proceeds with the application, that question is of zero practical use. Its only effect is to mark the beliefs of theists as moral, while suggesting that everyone else falls short.

So, with plenty of trepidation, I wrote Gladney’s president and board a letter, politely laying out my objections.

That was nine years ago this month. While I awaited a reply, I kept wondering if, for the sake of marital peace and for the sake of the orphaned girls whose parents we hoped to become, I should have kept my piehole shut.

Then, one day, I received a phone call from Gladney’s VP of adoption services, who was gracious and understanding — and convinced.

“Sometimes it takes somebody on the outside to look at what you’re doing, and ask why you’re doing it,” he said. He added that the agency staff had discussed the matter; jointly, they concluded that the religion question served no purpose. “We’re going to redesign that part of the application, and drop that question,” he promised.

And they really did. Since it’s probably good to “trust, but verify,” I recently asked Gladney to send me the same (current) form, without divulging what I wanted it for. I’m happy to report that the religion question is indeed no longer on the list. And I’m even happier to say that my atheism didn’t affect the agency’s entrusting us with two beautiful, bright, and fun-loving little girls who needed a mom and dad.

Speaking up as an agnostic or an atheist has certain dangers, and uncertain rewards.

But remember this: If you don’t take risks, paradoxically, you could risk even more.

Have you thought about adopting? Got questions you think I could answer? I’d be happy to. Feel free to leave a comment, or e-mail me at terryxfirma at gmail dot com.

December 17, 2013
After Being Told He Couldn't Compete, 5th Grader Wins Contest with Speech About the Harm Caused by Religion
Next Post