If any of you want a writing job, I suggest submitting your work to Charisma since they publish everything, no matter how illogical it is.

R. Loren Sandford (below), a pastor in Denver, Colorado, lives not too far from Arapahoe High School, the site of a recent school shooting, and he would like to tell you all why it happened: 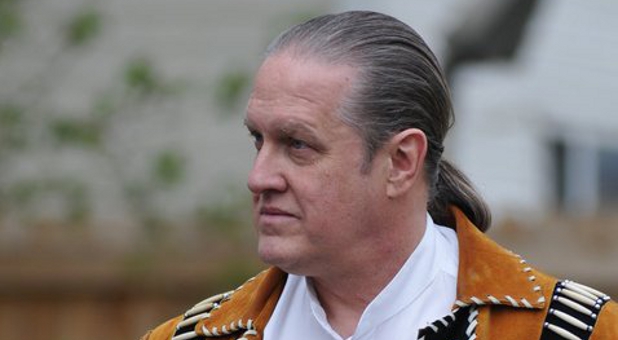 Why? These things never happened a generation ago, when, whether or not we really lived it, our nation at least acknowledged God and our families for the most part remained whole. I want to scream, “America! Wake up!” I have unhappily prophesied in writing that we are witnessing the catastrophic collapse of a once-great culture and our children are paying the price. I warned in my annual prophetic word just a few weeks ago of the rising tide of hatred around us that will surface in many arenas of life. This shooting is a manifestation of that hatred which inevitably results when a nation forgets its rightful Lawgiver and turns from His principles that were given to ensure the well-being of all God’s creation.

These things never happened before? The deadliest school massacre occurred in 1927 and there’s unfortunately no shortage of deadly incidents at American schools stretching back at least 100 years. So Sandford is just factually wrong there. As it stands, there’s also no evidence yet of the shooter’s religious beliefs, or that those beliefs had anything to do with why he had violent impulses.

Regardless of what Sandford says, America was never a “Christian nation,” only a nation with a Christian majority. It hasn’t helped. Other countries that are far more secular than ours rarely see the kind of school violence that we have. But, you know, facts.

This generation of young people is lost! Our self-centeredness as a culture has led to the breakup of our families and the abandonment of our children. We’ve failed to pass them stability. We’ve not imparted a faith in God and His absolute laws and principles, substituting instead a mushy postmodernism that eliminates the concept of a higher power who created us and who rules over us with love, wisdom and holy intent. When God’s morality is abandoned, love is lost and lives are destroyed.

There are nearly 1,000 churches in the Denver area alone. It’s not like people in the area don’t know about God. Yet we’re all too familiar with the shootings that have taken place in the area in the past couple of decades. Postmodernism, not teaching “Christian morality,” and promoting marriage equality (which Sandford paradoxically implies has hurt the stability of families) are not excuses for violence.

But Sandford knows very well what didn’t cause the shooting:

Guns are not the cause. We are the cause, and our sin is the root

That’s a bold statement, considering that we know a gun was directly involved in the incident…

So what really caused the shooting? I don’t know. It’s too early to tell. All we know is that the student was angry about losing a spot on his debate team and he targeted his coach. We’ve seen in other similar incidents that easy access to guns might have something to do with it — ditto with not adequately addressing mental illness — but I’m not jumping to either answer without more evidence.

Sandford could benefit from the gift of discernment.

December 17, 2013
Russian Actor and Ex-Orthodox Priest: 'I Would Put All the Gays Alive Into an Oven'
Next Post