Christians Mess with ‘Keep Saturn in Saturnalia’ Banner… and It’s Caught on Tape!

On Thursday, a lovely billboard went up in Pitman, New Jersey, courtesy of the Freedom From Religion Foundation:

It’s obviously a response to those “Keep Christ in Christmas” banners and you can read more about this billboard’s history here.

Over the weekend a family attempted to put their own banner — what seems to be a picture of Christ — over (or possibly under) the Saturnalia billboard… and it was caught on tape! I can’t embed it because it’s on Facebook, but you can view it here… at least for the time being. (The commentary makes it all the more entertaining: “Well, someone paid for that billboard. It’s not like you can just cover it up for free!”)

The first screenshot below is Santa looking at the people putting up their own sign while the second one gives a more clear shot of the banner-hangers: 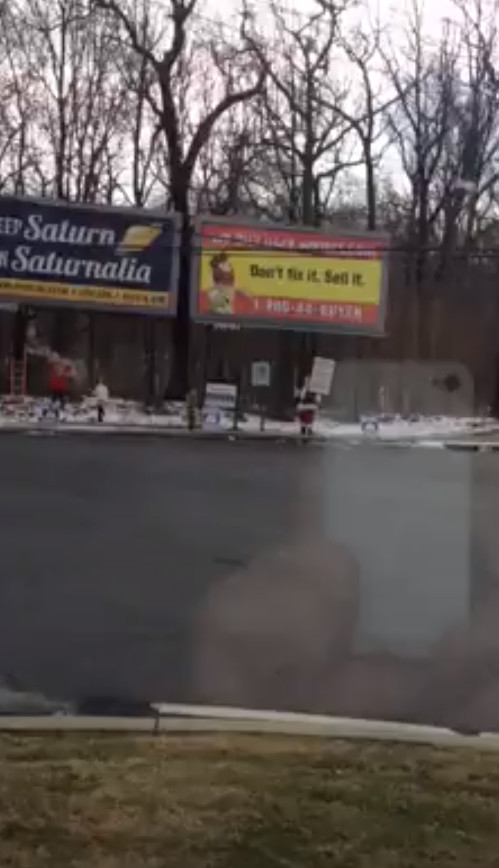 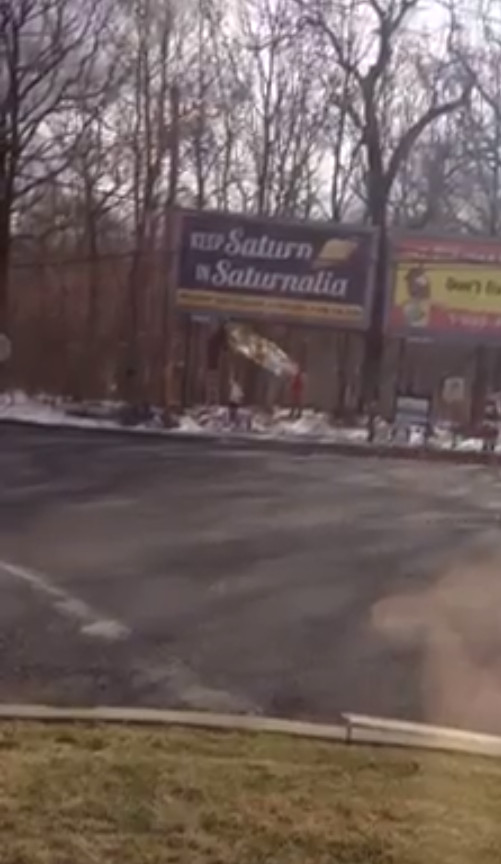 (They’re not even good vandals… using tape?! C’mon. You need some heavier-duty stuff.)

In case you’re wondering what Santa’s doing, by the way, he’s holding up this totally-rational sign (click to enlarge): 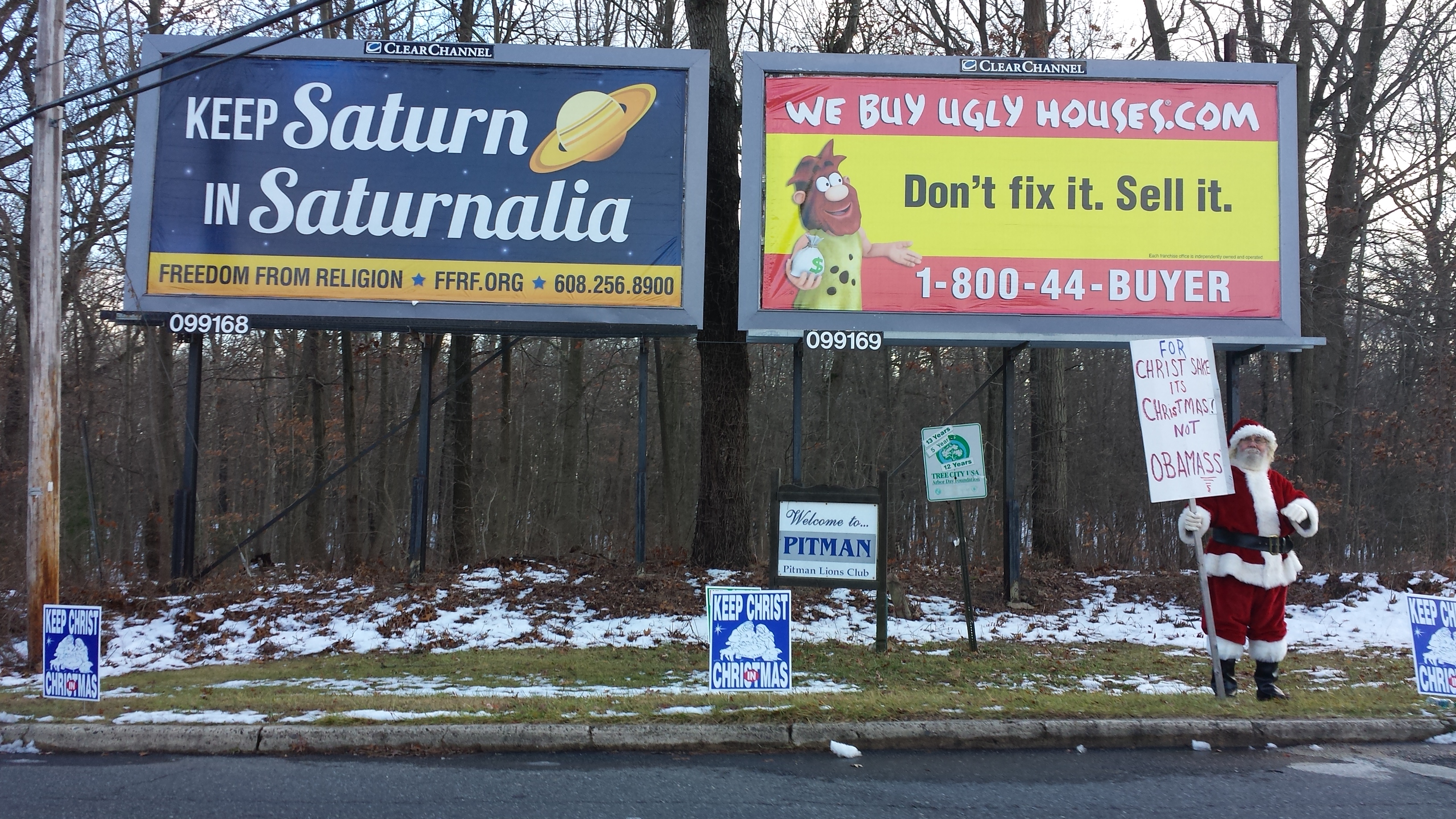 For Christ sake its Christmas! Not Obamass

That… doesn’t even make sense. Even with the lousy grammar.

Clear Channel, the owners of the billboard, have been notified about the “additional” banner, though there’s no word on whether its still up.

I’ve contacted the person who presumably took the video to learn more about what she saw. I’ll update this post once I hear back.

December 16, 2013
This is Why You Shouldn't Take Dating Advice from Sexist Christian Pastors
Next Post