This is Why I Still Cherish Christopher Hitchens December 15, 2013 Terry Firma

This is Why I Still Cherish Christopher Hitchens

As noted earlier, the irreplaceable Christopher Hitchens passed away two years ago today. 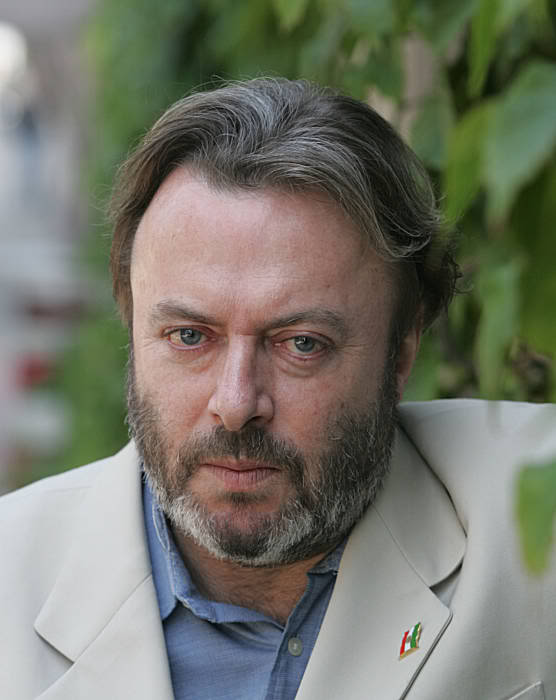 I cherished Hitchens, warts and all, because he was erudite and funny; because he was a sponge and a fountain at once. He was also, for those reasons, one of the best, most cutting orators I’ve ever seen or heard, whether he delivered a prepared speech or ad-libbed his way through a fiery discussion.

Hitchens was never afraid to stake out an unpopular position, at the calculated risk of alienating those who admired him — and even at the risk of fatally biting the hand that feeds.

Whenever he tackled a subject, even if I wasn’t remotely interested in it (the love life of the poet Philip Larkin, anyone?), I found myself engrossed within the span of two paragraphs.

It still smarts that he’s gone.

Here he is, sick with cancer and still at the peak of his powers.

“What we have here, and picked from no mean source, is a distillation of precisely what is twisted and immoral in the faith mentality: its essential fanaticism, its consideration of the human being as raw material, and its fantasy of purity.

Once you assume a Creator and a plan, it makes us objects in a cruel experiment whereby we are created sick and then commanded to be well. And over us to supervise this is installed a celestial dictatorship, a kind of divine North Korea: greedy for uncritical praise from dawn till dusk, and swift to punish the original sins with which it so tenderly gifted us in the very first place.

However, let no one say there’s no cure. Salvation is offered; redemption, indeed, is promised … at the low price of the surrender of your critical faculties.”

Even when I thought him wrong, I admired Hitchens for shaping his own ideology, being his own man, hacking his own path — consequences be damned.

“Suspect your own motives, and all excuses.”

Hitchens didn’t just write that; he lived it. He never was part of a côterie he wasn’t fully prepared to walk away from, if that’s what his intellect told him was prudent or necessary. That’s a very rare attitude because it takes tremendous guts.

The same characteristic showed itself in how he conversed with his allies as well as his opponents. He didn’t ratchet up the rhetoric with the former only to tone it down a few notches for the latter, as most people tend to do. His strength as an orator and his weakness as a would-be convincer were the same thing: he simply didn’t give a toss about being liked.

Another Hitchens quote (it’s been one of my cherished guidelines since I first came across it, about a dozen years ago):

“Seek out argument and disputation for their own sake; the grave will supply plenty of time for silence.”

Two years ago, silence, and the grave, imposed themselves on the man once and for all. What a strange sensation it still is after a lifetime of beautiful, fearless, erudite roars.

December 15, 2013 Senate Republicans Introduce Religious 'License to Discriminate' Bill
Browse Our Archives
What Are Your Thoughts?leave a comment