I don’t think Megyn Kelly, on her show yesterday, did Christianity any favors by jumping from the topic of Santa to the subject of Jesus. You have to wonder how that even worked in her mind. “And speaking of feelgood fictional characters, let’s look at Jesus” — something like that? Is she a closet atheist?

“Jesus was a white man, too. He was a historical figure. That’s a verifiable fact — as is Santa.”

(I think she meant that Santa and Jesus are both white, not that they’re both historical figures. But you never know with Fox News employees.) 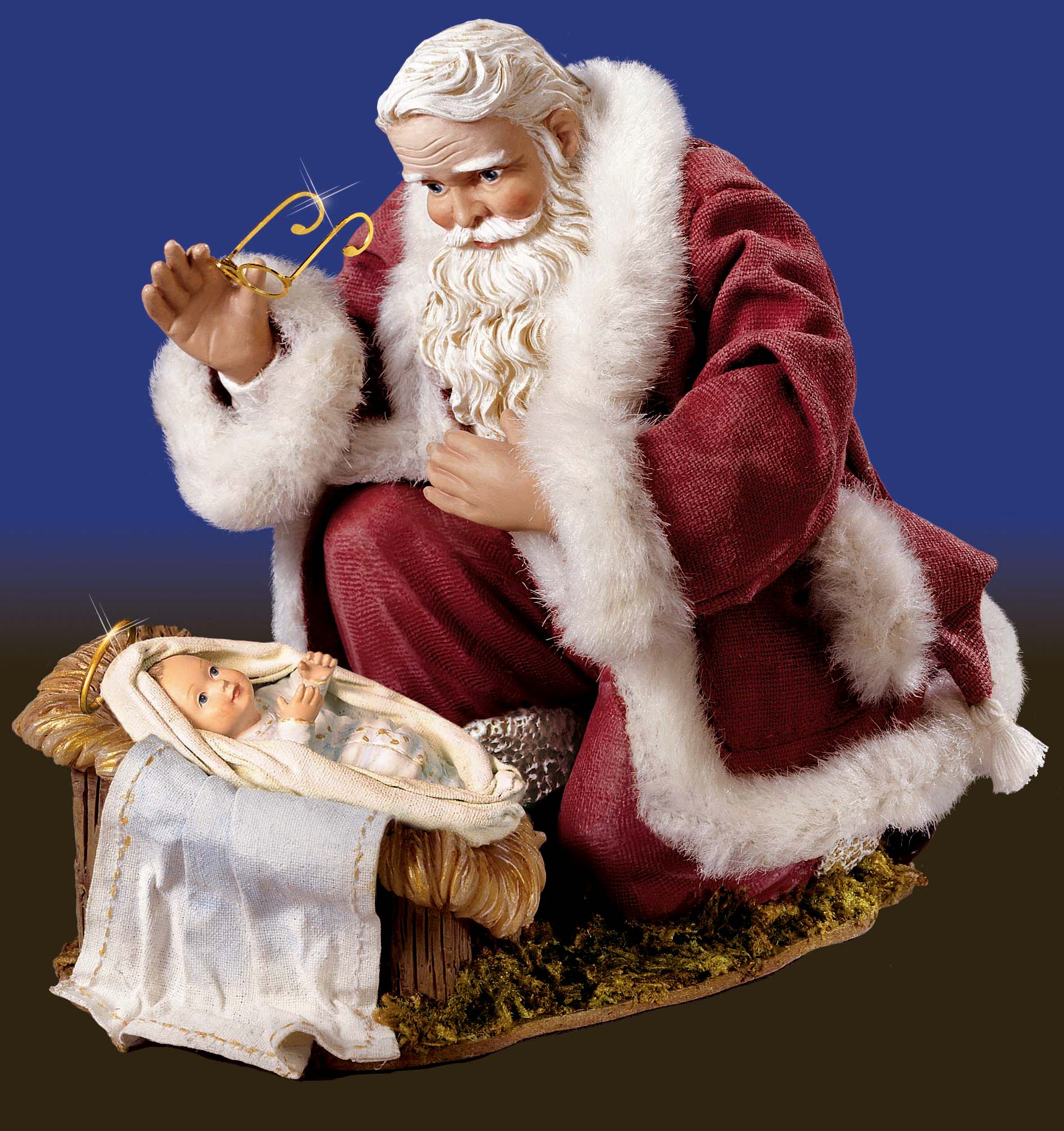 Jesus was, by most accounts, a Galilean Semite, a Middle Eastern Jew who probably — no one knows for sure — had olive-colored, somewhat swarthy skin.

Efforts to whiten him over time (the cultural opposite of what Time magazine, incredibly enough, pulled here) culminated in this rancid phenomenon:

By the 19th century, theories that Jesus was Aryan race, and in particular Aryan, were developed and later appealed to those who wanted nothing Jewish about Jesus, e.g. Nazi theologians. Madison Grant for example claimed Jesus was of the Indo-European race. Houston Stewart Chamberlain claimed that Jesus was of Amorite-Germanic extraction.

It may be tempting to lump Megyn Kelly in with that crowd, but that wouldn’t be right either. The venerated Christ (as opposed to Jesus the man) is spectacularly malleable, shapeshifting into whatever the beholder prefers to see. Reza Aslan explains:

When you look at the painting from China, Jesus and Mary are Chinese, literally Chinese. When you look at the painting from Thailand, Jesus and Mary are blue, as though they are Hindu gods. So, it’s a much more interesting issue that arises from her statement: Megyn Kelly is right. Her Christ is white. … If you’re a blond, blue-eyed, white suburbanite woman, then God is a blond, blue-eyed suburbanite. …

And that is precisely why [Christianity] is now the largest religion in the world, because it has the ability to be whatever a worshipful community wants it to be.”

Aslan makes a worthwhile case. Even if his central point is true, though, it still means that believers ought to have enough humility to refrain from declaring that their version of Christ is the only valid one.

Unfortunately, that isn’t something Megyn Kelly can be bothered to understand.

December 12, 2013 That Is Not What the Bible Says...
Browse Our Archives
What Are Your Thoughts?leave a comment