An Intimate Conversation with George Carlin

In 2001, journalist Larry Getlen sat down with comedian extraordinaire George Carlin for the interviews that lasted a total of five hours. It culminated, at the time, into a one-page collection of quotations for Esquire magazine.

Now, more than five years after Carlin’s death, Getlen has released an edited book of their full conversation, one that will make you want to revisit his classic bits all over again.

The book is called Conversations with Carlin: An In-Depth Discussion with George Carlin about Life, Sex, Death, Drugs, Comedy, Words, and so much more: 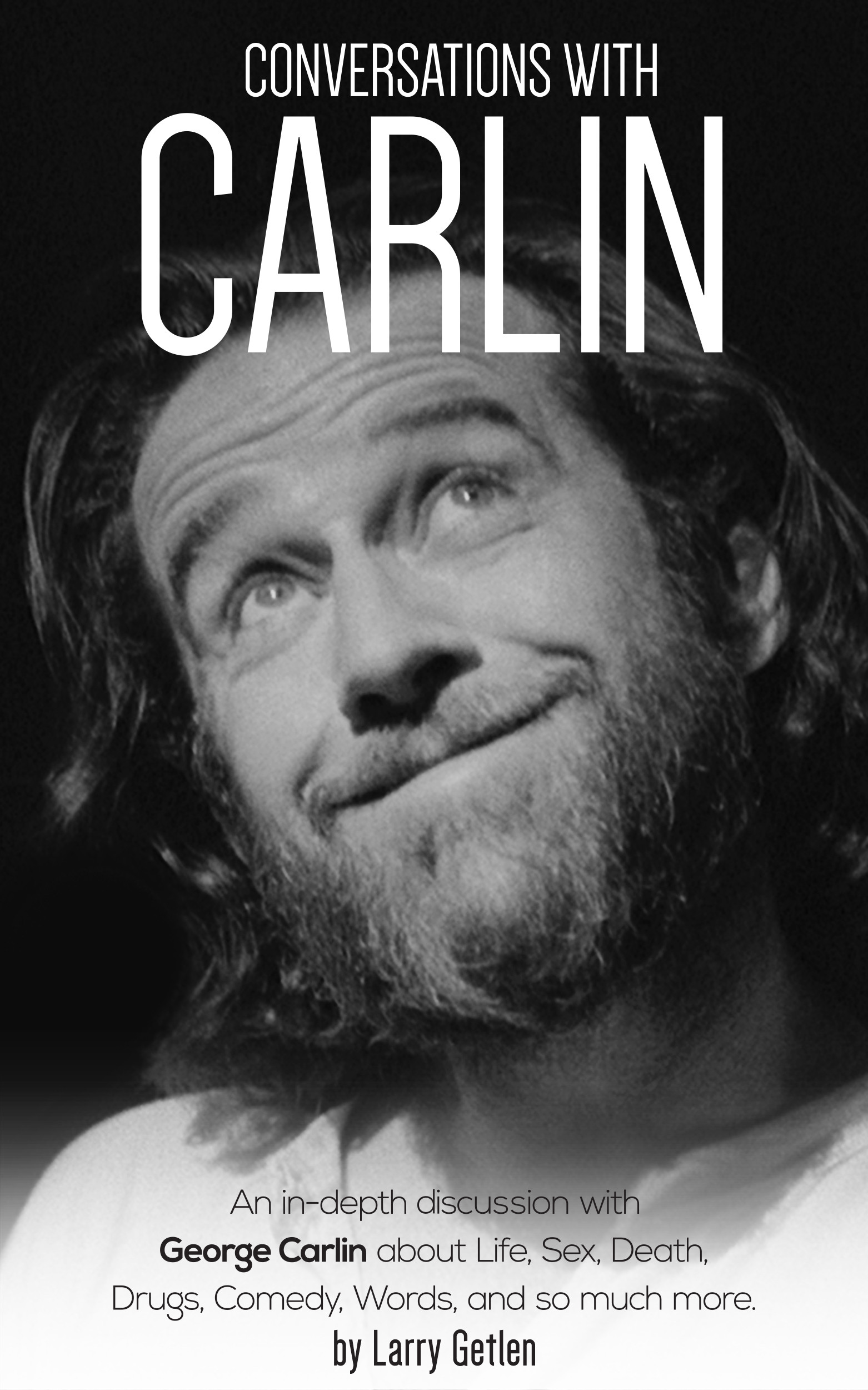 In the excerpt below, the two discuss Carlin’s early experiences with religion:

Getlen: Tell me about getting punched by the priests.

Carlin: This one priest, Father Andy, didn’t like me, because I had displaced the other academic whiz kid, who was kind of his pet. So Father Andy found me talking on the stairs one day, and he did a beating, right in front of all the other kids, which included punching. I got punched in the face and in the ribs. That was my first experience with that. [At my previous school], we didn’t even have nuns hitting us on the hand with rulers or any of that shit. I was 13. That was stunning to me. So I managed to get kicked out of that school, and accepted back with the nuns.

Getlen: Were you already sour on religion by then, or did that seal it?

Carlin: I had really been disenchanted by it. I was wary of it. When you’re seven years old and preparing for your first communion, they tell you a lot of things about how the host is gonna be in your mouth, and it’s the body of Jesus, the body of God, and this will sanctify you, and you’ll feel different. You’ll feel the presence of God. Well, I did my first communion, and I went back to my pew, and I didn’t notice any of that. I noticed this wafer and I’m trying to be reverent, but it wasn’t transformative. So I noticed that. I think in retrospect, it began to make me a little less willing to just jump on everything they said and take the ride. I think I thought that there was an awful lot of exaggeration going on — an awful lot of fanciful talk and magic that they were trying to evoke. And they were always talking about pain and punishment and penance and suffering, and to me, that just didn’t fit. Somehow – and I said this on an early album — they were pushing for pain, and I was pulling for pleasure. There were times when I still did what some people do who don’t believe well. You find some comfort in it. I would pray for something I wanted, and I would pray if I was scared, because it was a reflex. It was something I had learned, and it made me feel better. I think what that is when we do that is, we’re praying to ourselves — to our better selves. Some call it a higher self. I think the universe is all of us, and when we externalize this thing and call it God, it’s really a way of projecting ourselves onto another identity — onto our better, higher selves that pretty much know everything they need to know, and everything that’s good. So I think praying is all about finding that part of yourself. They call it God. It’s easier to organize people politically, and get them to believe a lot of other things, if you have them believing in an invisible man.

Damn, I miss that man.

Conversations with Carlin is now available on Kindle.

December 12, 2013
Humanist Told He Can't Give Invocation at County Meeting because the 'Ministerial Association' Didn't Recommend Him
Next Post