Suck it, Napoleon; In ‘Who’s Bigger,’ Jesus is Crowned the Most Important Figure in History December 11, 2013 Terry Firma

Suck it, Napoleon; In ‘Who’s Bigger,’ Jesus is Crowned the Most Important Figure in History

It’s a fool’s errand but still amusing: Who’s the most important person in history?

Steven Skiena, a professor of computer science at Stony Brook University, and Charles Ward, an engineer at Google, analyzed data from Wikipedia to answer that question. 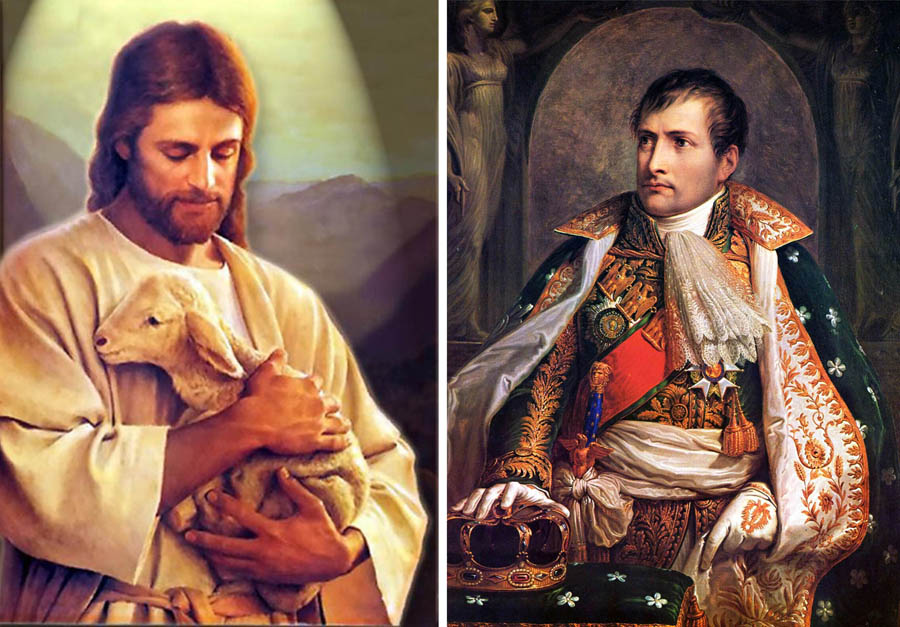 You can find out about their methodology here and here. In summary,

Skiena and Ward mount the argument that historical figures are like memes — ideas about formerly real people that propagate or fade through history. In this view, Wikipedia represents an acute listening device — a kind of unsupervised ongoing poll of who matters. Centuries on, the meme of Martin Luther is still strong, but the meme of his influential contemporary Huldrych Zwingli has grown so weak we barely hear it.

Skiena and Ward rank their historical figures based on two factors. One, which they called celebrity, they assessed by the length of a person’s Wikipedia entry, how often it’s viewed, and how often it’s edited. The other, gravitas, weighed the impact of a person’s achievements by looking at where a person’s Wikipedia page sits within a network of linked pages. So, Barack Obama (number 111) gets a gravitas boost because Bill Clinton’s (number 115), George W. Bush’s (number 36), and Osama bin Laden’s (number 765) Wikipedia pages all link to his.

Very Google-esque. The idea of the ranking itself isn’t new, by the way:

In 1972 astrophysicist Michael Hart published “The 100,” a book-length attempt to answer the question. Rather than being applauded for his daring, however, he took heat for his choices: Mohammed at number one, Jesus Christ at number three, and the fight was on.

Ward and Skiena have now corrected Hart’s “mistake” (cue the angry Muslims). Christianity’s Savior is number one with a bullet, and Mohammed dropped to fourth place. In the rest of the top 10, we see no fewer than three American presidents palling around with Shakespeare, Aristotle, Hitler, Alexander the Great, and Napoleon.

In part because the duo relied on the English-language version of Wikipedia, the Euro- and U.S.-centric bias of the data is evident.

People are as significant as we say they are. We see this effect with the recent revising down of John F. Kennedy’s (number 71) stature by historians, and it’s evident in movements to give overlooked historical figures their due. Measuring significance inevitably raises the question, significant to whom? In that view, maybe Miley Cyrus isn’t the 2,009th most important person who ever lived — but she is, at least, to us.

Ward and Skiena have poured their data into a book called Who’s Bigger. You can check it out here.

December 10, 2013
Not to Be Outdone by the Satanists, Now a Hindu Group Wants a Monument at the Oklahoma Capitol
Next Post

December 11, 2013 Cats Illegally Occupy Brooklyn Nativity Scene, Appear to Have Kidnapped the Little Baby Jesus
Browse Our Archives
What Are Your Thoughts?leave a comment