New York Times columnist Frank Bruni did a facepalm when he saw Senator Mark Pryor‘s preening I-love-the-Bible commercial, and was inspired to write in opposition:

“So help me God.” “Under God.” “In God We Trust.” Perhaps we’re meant to register these ubiquitous phrases as unspecific inspirations, vague recognitions of an undefined higher power, general appeals to generous living. But they’re rooted in a given religious tradition and are arguably the gateways to the Arkansas ridiculousness and to the overwrought accusations of a “war on Christmas” that herald the holiday season as surely as Frosty the Snowman and Black Friday do. 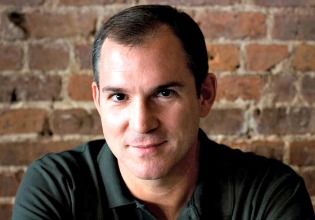 Three of four Americans are at least nominally Christian. But that leaves one in four who aren’t. One in five Americans don’t claim any binding religious preference or affiliation, and their ranks have grown significantly over the last two decades. Out-and-out atheists remain a sliver of the population, but a restive sliver at that. On some Sundays in some cities over recent months, they’ve gathered by the hundreds for church-style celebrations without psalms, making the point that good will and community don’t depend on divinity.

The centrality of religion in this country’s birth and story can’t be denied. And shouldn’t be. And having the Bible at inaugurations honors tradition more than it offends pluralism. But using the Bible as a litmus test for character betrays the principles of religious liberty and personal freedom, along with the embrace of diversity, that are equally crucial to America’s identity and strength. It also defies the wisdom of experience. How many self-anointed saints have been shown not to practice what they preach? How many of the ostentatiously faithful have fallen? Theirs is an easy pose, and sometimes an empty one.

Letting the government and its servants go too far in celebrating one religion over others creates the possibility of looking up someday to find that the religion being promoted isn’t your own.

He must’ve read my mind.

December 10, 2013
New Zealand Census Results Show That At Least 39% of the Country Profess 'No Religion'
Next Post

December 10, 2013 Christians in This Town Dropped Out of a Nativity Procession Because It Was Hosted By an LGBT-Affirming Church
Browse Our Archives
What Are Your Thoughts?leave a comment