According to newly-released census results, New Zealand is becoming even more non-religious that anyone thought:

Overall, the Census figures continue a trend for people turning away from religion, with all major churches shedding followers.

The number of people who said they have no religion increased 26 per cent to 1.6 million.

Want more precise numbers? The number of people who categorized themselves under “No Religion” was 1,635,348. Given that the total number of people surveyed was 4,242,048, that puts the Kiwi Nones at a staggering 39% of the population. (It’s 42% if you only count those who gave answers to the “religion” question.) 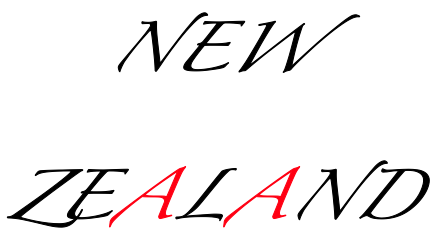 One Catholic publication put those numbers in stark terms:

Information sent to NZ Catholic from Massey University Associate Professor of History Peter Lineham shows that in this census, the number of census respondents who identified as “no religion” or who didn’t answer the religious affiliation question was more than the total number who identified as Christian.

It is expected that this will spark debate as to whether New Zealand can still call itself a Christian country.

Did I say “stark”? I meant amazing.

(Thanks to Steve for the link!)