Rachel Silberstein at Tablet wrote a really fantastic profile of American Atheists’ Dave Silverman in which the question is raised of whether you can really be both atheist and Jewish at the same time.

On the surface, the answer is a clear “Yes.”

The Pew Research Center released a report in October showing that 22% of Jewish adults weren’t actually religious, a number that jumped to 32% when just looking at Millennial Jews, born after 1980: 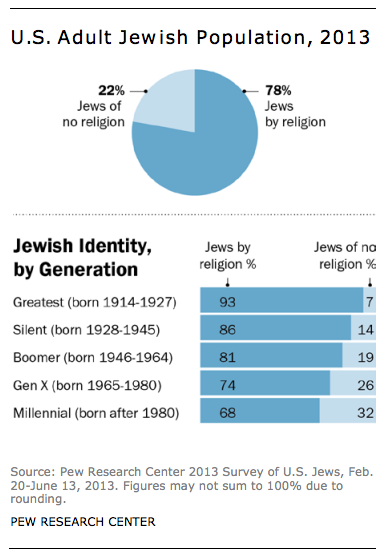 6% of Jews, overall, described themselves as atheists.

So there’s a lot of history behind the idea of secular Judaism. Silverman, too, called himself a “Secular Jew” at one point, but he no longer feels that way: 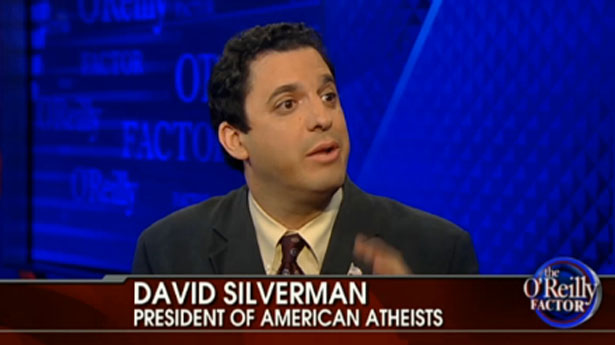 Previously outspoken about the compatibility of cultural Judaism and atheism, Silverman found that, in trying to write his [book’s] chapter on Jewish atheism, he struggled. “I kept writing and writing and deleting and deleting,” he told me. Silverman ultimately concluded that Judaism is, at its heart, a religion — one that is incompatible with atheism.

He notes that much of what is defined as Jewish culture, such as music or food, is simply Judaism-the-religion “taking credit” for a geographically specific regional culture — Ashkenazic culture primarily being simply Eastern European, for instance. The only thing world Jewry has in common is the Torah, he says, and as a religious doctrine, the Torah cannot be reconciled with atheistic values.

“I see Judaism more malevolently than I used to,” he said. “Judaism is no better than any other religion.” And so, the man who was once America’s most prominent Jewish atheist now says he is no longer a Jew.

That idea hasn’t quite caught on. In fact, it goes right up against what groups like the Society for Humanistic Judaism (which, along with American Atheists, is part of the Secular Coalition for America) stand for:

Bonnie Cousins, executive director of the Society for Humanistic Judaism… disagrees [with Silverman]. “We find value in Jewish culture and Jewish identity. It supports our humanism. It is not at odds with our humanism,” said Cousins. “He’s made a decision about how he wants to live his life, and it doesn’t include Jewish identity, but many, many Jews have made that same decision about evolution and the origin of the universe, but would feel bereft if they gave up their Jewish identity.”

Since a lot of readers here are non-religious Jews, let’s ask them some questions:

Why do you hang on to the “Jewish” label if you’re not religious?

Does Silverman have a point about the culture being more about geography, anyway?

Is shedding the Jewish label something that’s even possible in your life?

December 9, 2013 When 'Voodoo Exorcisms' Turn Into Violence and Rape
Browse Our Archives
What Are Your Thoughts?leave a comment