The country of Luxembourg, population just 525,000 (but an international powerhouse of finance), just became the first nation in the world whose top two leaders are openly gay. 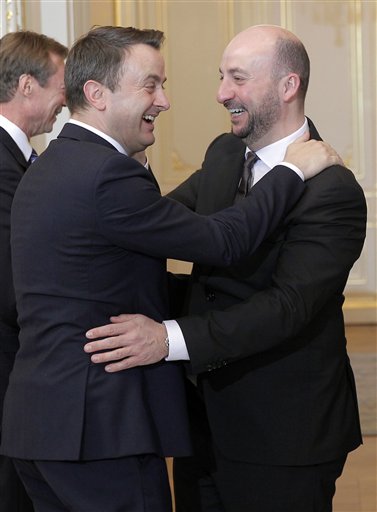 While I imagine that few local voters care with whom prime minister Xavier Bettel (left) and vice prime minister Etienne Schneider share their beds, one of Bettel’s proposals may ignite controversy:

The new leader, previously the mayor of Luxembourg City, is expected to introduce changes like replacing religious instruction in school with more general ethics classes.

Then again, maybe Luxembourgers don’t make a big deal about such things one way or the other. While 80 to 90 percent of the population is classified as religious (with Catholics being by far the largest faction),

I wasn’t able to find specifics about Bettel’s plan to scrap religion classes, but I’ll keep an eye on this story. Readers from Luxembourg, or with knowledge of current events there, feel free to post what you know in the comments. More as further news develops.