Where the Atheism/LGBT Parallels Break Down December 7, 2013 Hemant Mehta

Where the Atheism/LGBT Parallels Break Down

You often hear comparisons between the atheist movement and the LGBT movement — the recent increases in societal acceptance, kids getting bullied over their identities, the importance of having “firebrands” and “diplomats,” the whole “coming out” thing — but Chris Stedman points out where the analogy breaks down. 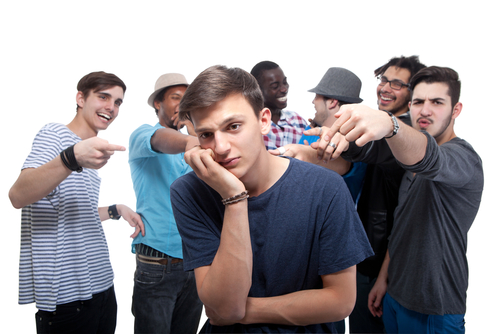 It begins with the discrimination angle:

it’s difficult to sympathize with the idea that issues like “In God We Trust” on our money or “One nation under God” in our Pledge of Allegiance are at all comparable to the fact that in many parts of the U.S. LGBTQ Americans — transgender Americans in particular — are not afforded essential protections under the law such as non-discrimination in employment or housing.

Thus, it seems untenable to claim that the American atheist movement is a “rights” movement in the same sense as the LGBTQ rights movement. Instead, the primary challenge atheists face is one of social stigma and of being excluded.

That’s not to say our rights aren’t important, but in my years of covering stories of young atheists, very rarely have I heard about kids getting physically beaten up over their atheism. And obviously no one ever stopped atheists from getting married.

Stedman also compares the stigma atheists are up against (distrust) versus that of LGBT individuals (disgust):

Instead of originating from religion, studies suggest that negative attitudes toward gay people are influenced by intuitive, moral disapproval linked to the emotion of disgust… anti-gay attitudes are frequently articulated through the rhetoric of disgust or dehumanization — “homosexual activity just isn’t natural” or “homosexuality is an illness” being two common examples. Sometimes this rhetoric is religious, but it seems to reflect an emotional source that’s ultimately not.

To equate the two, however, is a stretch. Disgust is a very dehumanizing, visceral, and moralized emotion, whereas distrust is not — it’s the difference between denying someone’s humanity and simply avoiding them. This is perhaps why you see serious and widespread anti-gay prejudice in the U.S., but not such violent and frequent manifestations of anti-atheist prejudice.

The point isn’t that we should stop making the comparisons — there’s a lot our movement can learn from the LGBT movement — but that the parallels only go so far. There is one similarity, however, that can’t be stressed enough — when people know someone who’s atheist or gay, they are far less likely to harbor animosity or resentment against them. That’s why we need people who are willing to wear their identities on their sleeves.

Each of us has the ability to change someone else’s negative stereotypes.

December 7, 2013
Todd Starnes of Fox News Lies Again: A Texas School Did Not Ban Christmas Trees and the Colors Red & Green
Next Post